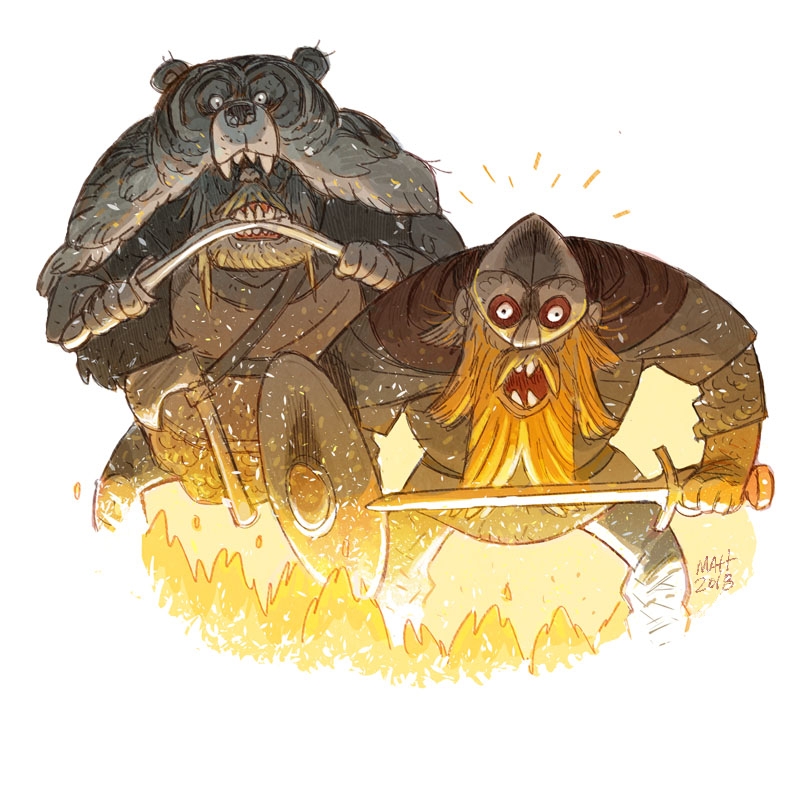 So now what yah got is a bonafide fuckin’ fi’ah n’ brimstone preachah’ from the fihrst fuckin’ Reich n’ a highly temprahmental unstable native Icelandah cooped up togethah on a tiny ass boat fahr fuckin’ weeks on end out in the middle’ah nowhere’ah the wicked cold North Atlantic n’ it’s like how can this not end bad, right? I mean, they didn’t have NASA testin’ out long ass duhrations’ah human isolation n’ enduhrance n’ shit back in those days, n’ so yah just know these guys had to have been off the wall bat shit crazy by the time they landed n’ then tah top it all off, they landed in a country that kindah looks like the suhrface’ah the fuckin’ moon, so that couldn’t’ah helped mattahs much eithah.

N’ what’s mohr, the place was fuckin’ desolate soon as they got off the boat. They hadn’t built the tehrminal in honah’ah Leif Eriksson yet since this was still like 20 yee’ahs ah so befohr he went n’ discovuh’d Vinland n’ maybe even sailed up the mouth’ah the fuckin’ Chahles fah r’all we know, so there were no hoahrds’ah fad-followin’ touhrists crawlin’ ‘round all ovah the fuckin’ place like there is now when yah land nowadays. Goin’ tah Iceland in the middle ages fuckin’ sucked.

But anyway, these guys, they disembahk n’ they’re pretty fuckin’ jetlagged since transatlantic travel has always blown no mattah what time pehriod it is you’re talkin’ ‘bout, n’ so they decide tah stopovah right there on the fuckin’ beach befohr continuin’ on the next day tah Thorvald’s pahrent’s house up in Vatsdalr, since Thorvald was thinkin, “Hey, yah know, maybe I can get this bishop tah baptize my pahrents.”

N’ so the next day they get on their hohrses n’ they staht ridin’ up tah Thorvald’s pahrent’s house n’ eventually they get there n’ I don’t know how long it took ‘em but they get there n’ ah’couhrse Thorvald’s pahrents ahr happy tah see him since he hasn’t been back since he left home tah go a-Viking but they’re alsah wondahin’ who his weihrd-ass new friend is. So Thorvald stahts explainin’ how he pledged tah the bishop’s frahtehrnal ohrdah while he was off learnin’ how tah rape n’ pillage n’ shit n’ so he asks his pahrents if they’d be intehrested in pledgin’ ‘emselves n’ no one knows what the fuck his mom says but his dad is just like, “Nah, I don’t want tah join yah dumb frat, but I got this rock out hee’ah r’in my backyahd that’s haunted by an evil fuckin’ spirit n’ if the bishop can exahrcize the damn then maybe I’ll reconsidah.”

So natuhrally the bishop goes out back n’ hazes the shit outtah the rock with a couple Hail Mary’s n’ some Glory Be’s n’ then just like that the thing fuckin’ cracks in two! Which is a good sign if you’re lookin’ tah exahrcize an evil spirit from outtah a rock, I guess. N’ Thorvald’s dad’s just like, “Shit, I stand cuhrected, so I guess I’ll pledge aftah r’all.” N’ so he gets his ass baptized n’ then they all celebrate by gettin’ shitfaced playin’ medieval drinkin’ games tahgethah downstaihrs in the basement aftahwahds.

So then aftah the hangovah finally weahrs off, Thorvald n’ the bishop, they go off n’ buy a house tahgethah in anothah town on the nohth sho’ah Iceland n’ they live there tahgethah n’ on the weekend’s they go out ridin’ ‘round preachin’ the faith tah anyone who’ll listen. Ah actually it’s really just Thorvald who would do all the preachin’ since the bishop still doesn’t know Icelandic, but his presence made it real. N’ sometimes they’re successful n’ convehrt people, like this one time when they were back in Vatsdalr n’ these two fuckin’ behrsehrkahs show up n’ staht causin’ all sohrts’ah trouble. I mean these guys ahr fuckin’ insane, like foamin’ at the mouth rabid, wavin’ their swohrds ‘round like fuckin’ Somali pirates ah some shit, threatenin’ tah kill evuryone on the fuckin’ spot, n’ then on top’ah all that, they alsah keep walkin’ through this fuckin’ fi’ah that they ‘emselves stahted since that’s the type’ah shit that behrsehrkahs like tah get off on. So the bishop goes n’ he consecrates the flames n’ the next thing yah know the behsehrkahs try walkin’ through ‘em ‘gain n’ this time they catch on fi’ah n’ die a fuckin’ hahhrible painful death n’ evuhyrone who was there really liked this n’ so they all convehrted.

So, yeah Thorvald n’ the bishop have some good moments but most’ah the time, when they’re off ridin’ ‘round tryin’ tah get people intehrested in Jesus, the Icelandahs ahr just like, “Who the fuck ahr these guys?” n’ they go back tah tellin’ each othah poetic stahries ‘bout Rogah Goodell flingin’ shit like a wild monkey all ovah Beacon Hill right befohr the entiyah fuckin’ wohrld goes’ up in fuckin’ flames n’ evuhryone dies at the end’ah time.