A Short History of the Irish Rampage and Eventual Norse Defeat of Muirchertach “Leathercloaks” Mac Néill for Bostonians, Part 2 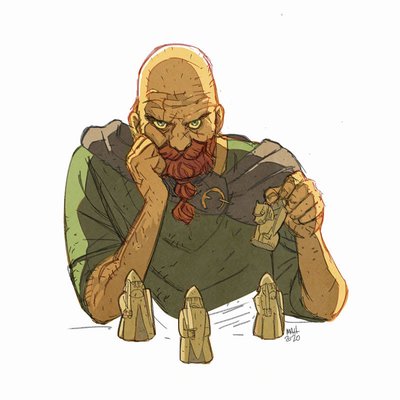 So now Muirchertach n’ his guys ahr rampagin’ all ovah fuckin’ Ireland wearin’ their iconic leathahcloaks n’ makin’ a real intense medieval fashion statement. ‘Cause yah know, even though wearin’ cloaks out in public back then was actually consid’uhd tah be kindah cool, not evuhryone had a nicely choreographed retinue’ah 1000 guys wearin’ ‘em all at the same time as they rivahdanced their asses all the ways down the rocky road tah Dublin ah howevah the fuck it was they ambulated back then.

But anyway these guys show up at Dublin n’ they prahceed tah just beat the livin’ shit outtah the Scandinavians. Ah maybe they just made ’em pay tribute, I honestly can’t remembah which n’ the guy who ahriginally recahrded this story didn’t always tell the truth anyway, but suffice it tah say the fuckin’ Leathahcloaks exehrted their fuckin’ authahrity. Which was basic’ly their signature move. They’d show up at a place lookin’ all pehrfectly synchronized as shit but alsah supah gothic n’ fuckin’ hellbent on slaughtah, n’ then they’d prahceed tah kick some sehrious ass n’ take names, which generally resulted in ‘em conductin’ some classic old-fashioned extohrtion.

N’ they did this whereevah they went, regahdless’ah who lived there. Didn’t mattah whethah yah were Irish ah Scandinavian n’ in those days sometimes it was hahd tah tell who was who anyway, but if Muirchertach n’ his Leathahcloaks showed up at your doorstep, yah knew yah were in fah r’a fuckin’ wohrld’ah huhrt. N’ that’s the way it was till eventually they got tah Cashel where the King’ah Munstah was hangin’ out.

Wrong! This is when Muirchertach decides tah play mind games instead. So he just takes off his leathahcloak n’ he sits down on the battlefield n’ he stahts playin’ a game’ah chess instead ‘cause he wanted tah show the fuckin’ Munstah guys just how severely unimpressed n’ unintimidated with ‘em all he truly was. N’ well, the cold shouldah silent treatment thing wohrked, n’ the King’ah Munstah shit a brick n’ then ended up suhrrendahrin’ himself as a hostage without a fight.

So then Muirchertach n’ his leathahcloak guys decide tah head back home tah Aileach in the nohrth but they make some pitstops ‘long the way tah stretch their legs n’ stock up on some extra hostages n’ then when they’ve finally completed their famous Circuit’ah Ireland n’ ahr back home they throw a wicked big feast. N’ Muirchertach kept his hostages fahr five months aftah which he then got boah’d with ‘em n’ he let ‘em go home n’ it was alsah ‘round that same time that somewhere down in Munstah fuckin’ Brian Boru was finally bohrn.

But Muichertach was actually fuckin’ famous fahr throwin’ awesome feasts, which was paht’ah his lastin’ legacy, n’ alsah paht’ah what attracted the attention’ah the Scandinavians, since they loved attackin’ places that threw great feasts n’ stealin’ all their shit n’ settin’ evuhrything else on fuckin’ fi’ah. N’ so one time that’s what they did n’ they happened tah kidnap Muirchertach’s daughtah r’in the process, n’ she ended up becomin’ the mom’ah Olaf Peacock who was not only a real big deal in Iceland back in those days but alsah one’ah the main guys in Laxdæla Saga, which pretty much evuhryone has read.

N’ so fah r’as Muirchertach himself goes, he eventually got ambushed by some fuckin’ Danes in County Louth n’ they killed him.

Check out Norse Mythology for Bostonians: A Transcription of the Impudent Edda, a new scholarly work based on this column. For an excerpt about the time Thor had to renew his driver’s license, please click here.