“Bosses at Doritos have revealed they are to launch a new ‘lady-friendly’ version of the snack which are quieter to eat and a lot less messy.” — New York Post, 2/5/18 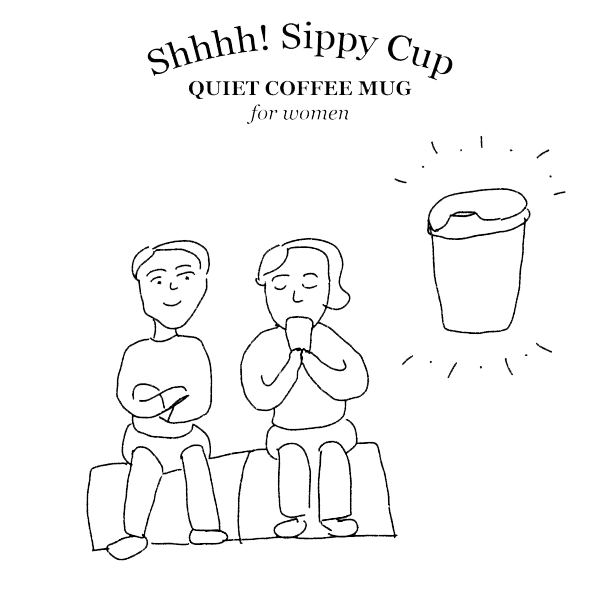 We can’t fault women for loving coffee, but their sipping and slurping can be a distraction and reduce office productivity. Many women often avoid drinking beverages altogether if they know doing so will create a stir. But with the Sippy Cup Quiet Coffee Mug, ladies will be able to enjoy their liquids without garnering any unwanted attention. The design is modeled after sippy cups for children but decorated with inspirational quotes such as, YOU GO GIRL, WORK IT!, and RBG, AMIRITE?

A new garment to help take up less space in public places hopes to capitalize on the majority of women who fear infringing upon the footprint of those around them. “I just hate feeling like I’m taking up too much space,” says focus group member, Allison Anderson. “The Take Up Less Space Jacket would be perfect for me. I could wear it on the train, in the grocery store, at the movie theater — even at home when my husband is sprawled out on the couch leaving me barely any room to sit."

“We all know women hate the sound of their own voices,” says Sound of Silence CEO Chad Chadson. “Let’s face it, none of us are fans of women’s voices.” The Sound of Silence microphone aims to lessen the self-consciousness women feel when hearing themselves talk by making them sound more pleasing, whispery, and perhaps even completely silent, to their audiences. Chadson realizes he might run into trouble getting funding for his product, as many companies would rather women not have a microphone at all. But he hopes to sell people on the idea that as long as women think they are being heard, they will feel included. 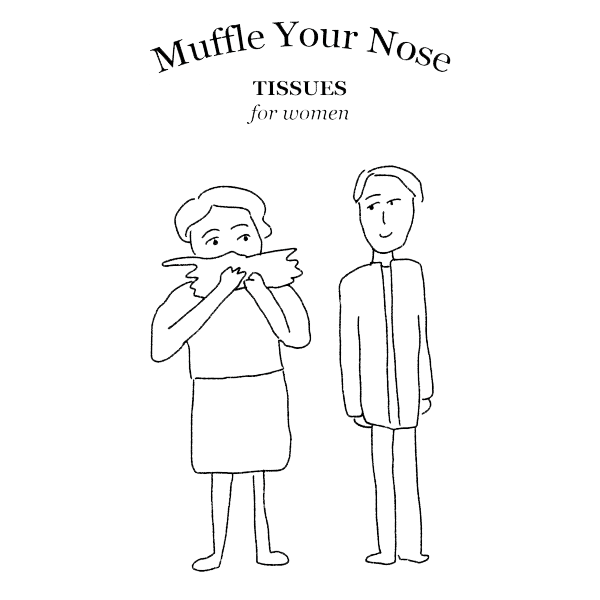 This flu season has done quite a number on our sinuses, but women often avoid blowing their noses in public due to embarrassment. Muffle Your Nose Tissues stifle nose-blowing women by slowly suffocating them until they lose consciousness. Consumer Maggie Phillips says, “I hate to be a burden on anyone, so being unconscious while I’m sick sounds like a dream!” 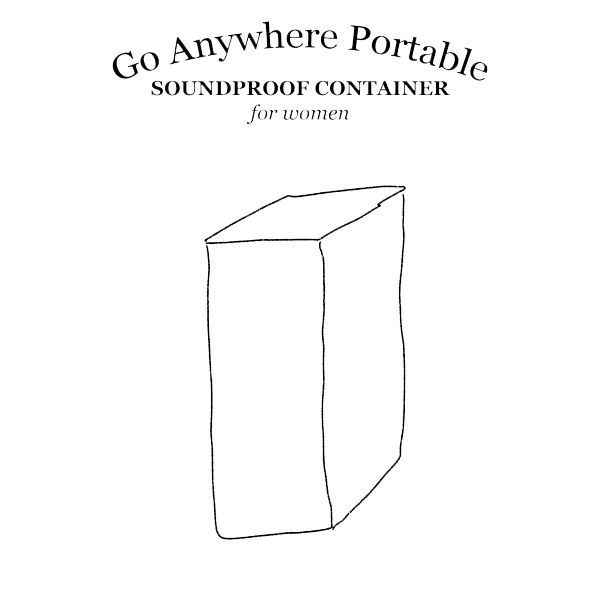 This high-end device aims to solve the problem of women being seen or heard anywhere. Its lightweight frame makes it easy to carry, while the innovative soundproof material makes virtually anything and everything a woman does while using it completely unnoticeable. Susan Monaghan, a self-proclaimed gadget buff, is excited about the Go Anywhere Portable Soundproof Container. “If I could walk into a room and have no one notice that I’m there, well then that would be… kind of like how it already is.”