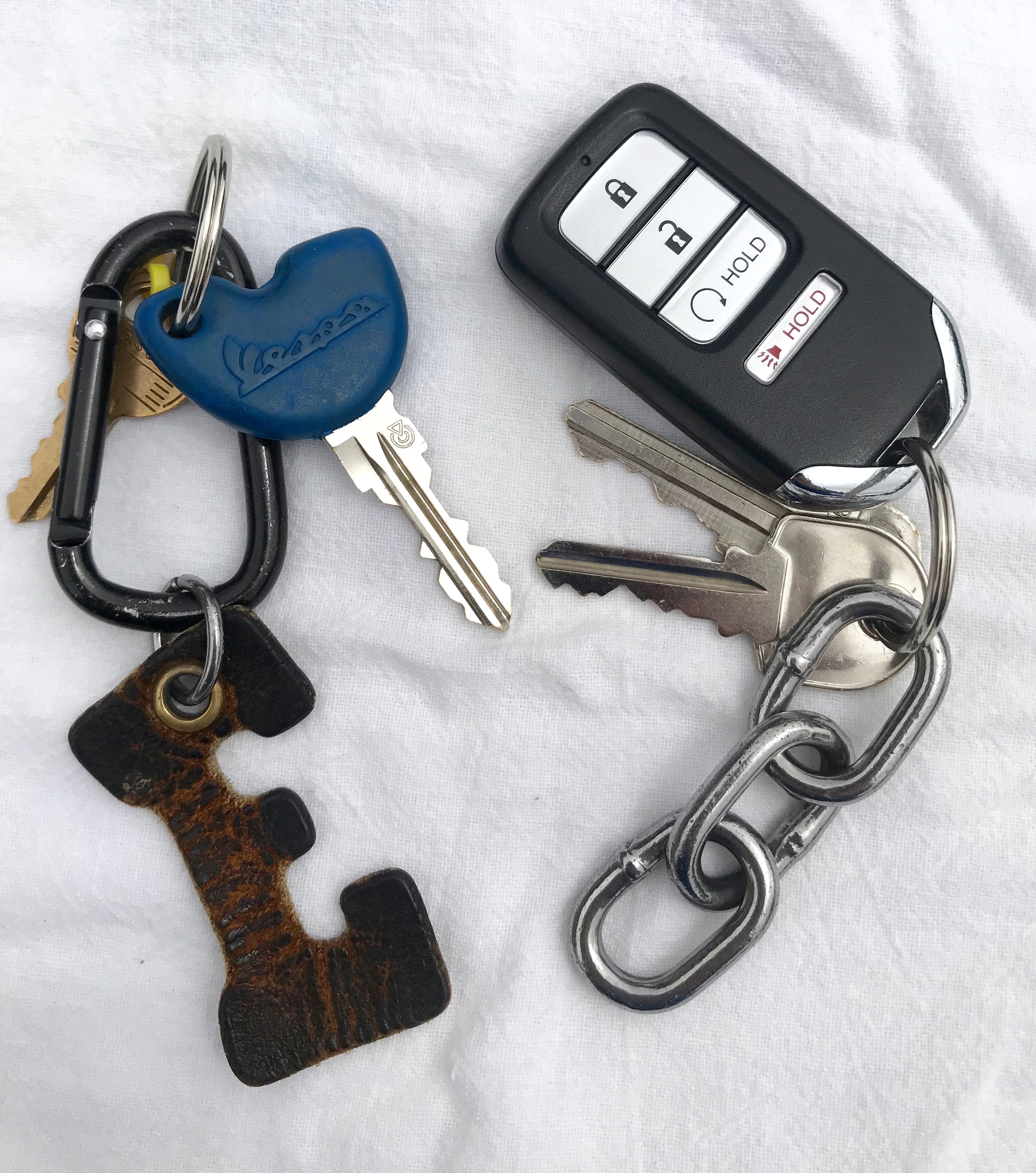 This leather “E” and three links of chain, whether together or separately, have accompanied the keys to every vehicle I’ve ever owned.

The E came first. I received it from my uncle, circa 1977. As I recall, he got it from a toy vending machine for 25 cents, but his name began with an R, so he gave it to me. It was unused until I turned 16 in 1979 and got my first car, a Ford Thunderbird. The E was a natural for my first key ring.

I found the chain links in 1983 as I walked through a gas station parking lot across from the Texas Tech University campus in Lubbock, where I was a student at the time. Normally I’d ignore trash like this, but for some reason I had the notion to pick up that grimy little section of chain and put it on my key ring. Although it was dirty and weathered at first, it gradually became shiny from years of pocket polishing.

These days the E adorns the key to my 2016 Vespa GTV 300 scooter (which I jokingly refer to as my “midlife-crisis Harley”). I expected the leather to fall apart long ago, but it’s remained intact despite many years of being jostled and pocketed, which speaks for the toughness of that little hunk of hide and its sturdy grommet. As for the chain links, they’re with the key to my 2017 Honda Ridgeline truck.

Together, these two objects have been with me for 40 years. I don’t consider them to be good luck charms or to hold any supernatural powers. I just think of them as dependable friends who have been along for a significant part of my life. At this point, I can’t imagine living without them.