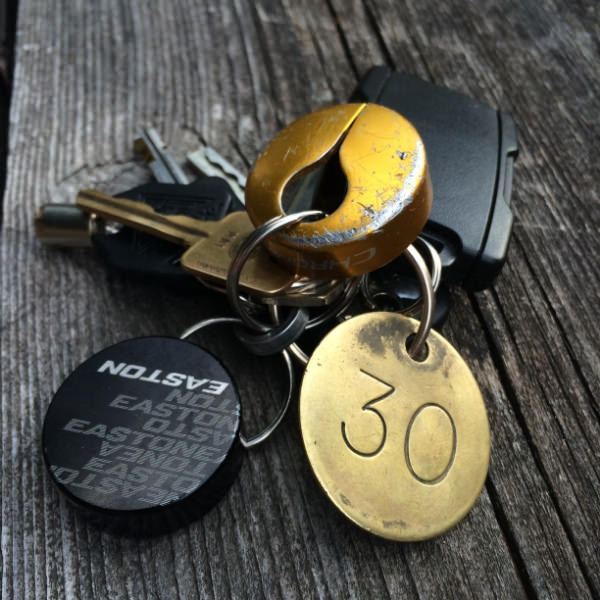 I grew up in Fernie, British Columbia, a small town in the Canadian Rockies. In my youth it was an industrial town — lumber and, especially, coal, with all the associated rough-and-readiness, but surrounded by beautiful forested mountains.

My father took a job with a mining company and moved us to this region when I was very young. I grew up trying very hard to get away from mining but kept going back and getting summer or full-time jobs to tide me over until my next big thing. After coming back to Fernie following university, and in the dying months of my first marriage, I got a job at one of the area’s five coal mines. It was a low-stress, high-paying job that allowed me to buy a house, read as many books as I could afford, and eventually remarry and start a family. I continue to work for that company today.

Since my return, the town has evolved into a skiing and mountain biking mecca, with all the funky shops, pubs, and cafes that come with that. There is still an uneasy tension between the community’s past and present, but mostly it has de-escalated to drive-by shoutings rather than the random beatings of outsiders.

The town’s past and present are both represented on my key ring. First there’s the brass “30” lamp tag. When a miner went down into the mine, he handed over his identifying tag and was issued a flame safety lamp with the same number. The tag was typically put on a peg with all the other miners’ tags from that shift. When a miner ended his shift, he handed in the lamp and got his tag back. If there was a tag left on the board, that meant a miner was unaccounted for and a search typically commenced. The underground mine closed in the late 1950s, so I never worked there myself (I started as an equipment operator in an open pit, which is a different kind of mining), but I found a bunch of the tags when I worked in a warehouse later on and kept one for my key ring.

The black and gold discs on my key ring are mountain bike lock-on grip end caps, which are ubiquitous on the town’s biking trails. When I was growing up here, you only rode a bicycle if you were younger than 10 or if you’d lost your license for driving drunk, but now the town is a haven for mountain bikers. In the last 10 years I’ve become an avid mountain biker myself, so my key chain nicely captures the evolution of my town, and of my own evolution within it.