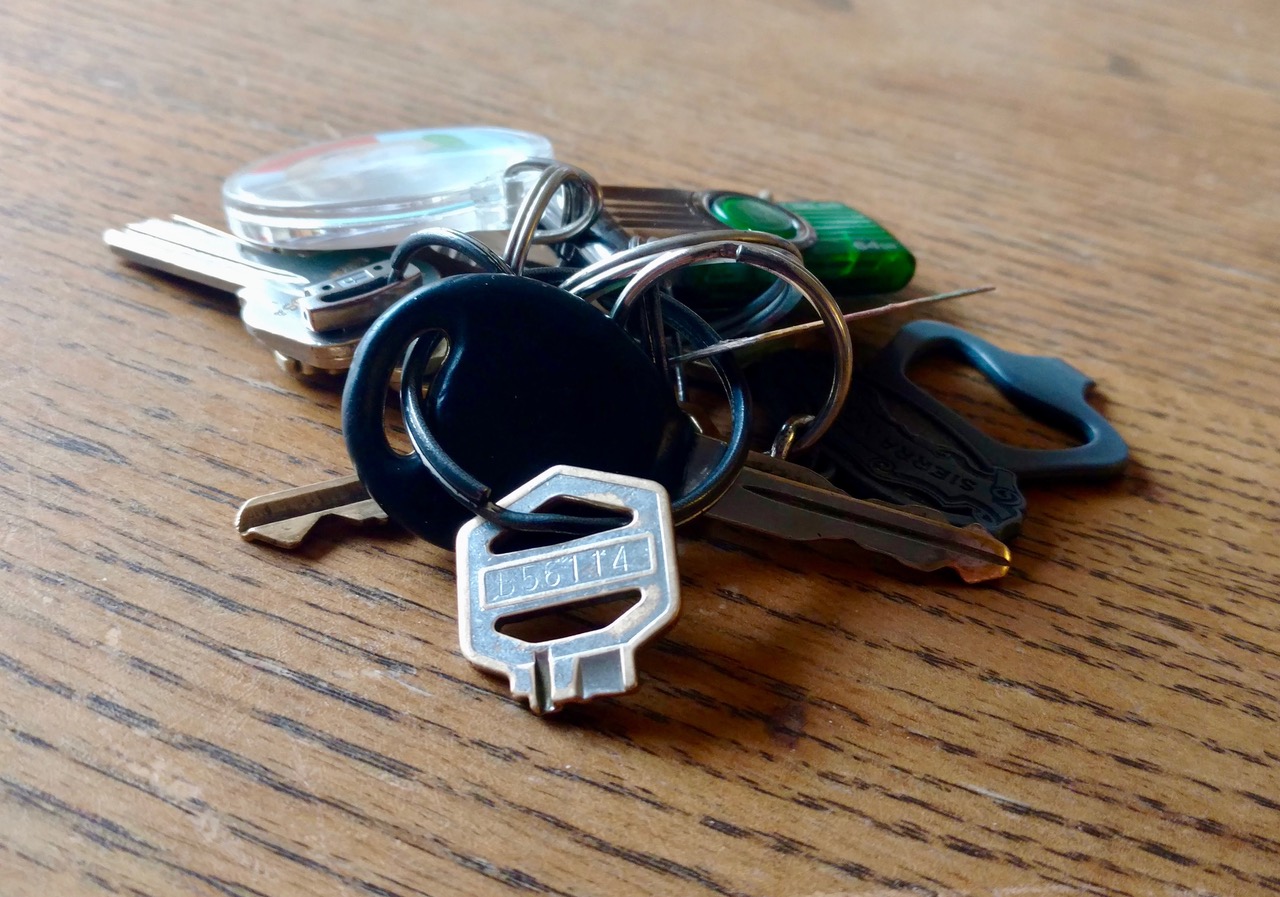 I keep this broken key on my key ring for one reason: I’m an idiot.

It was about 16 years ago. I was home from college for the summer. I went out early one morning to get something, and when I came home, the key got sort of caught in the front door and I couldn’t get into my house. This wasn’t the first time it had happened. It happened all the time, in fact, and normally I’d just stand at the door and fiddle with it for 15 to 30 seconds, at which point the door would magically open. No rhyme or reason to it.

On this particular day, I got so frustrated with not being able to open the door that I took a few steps back, with the key still stuck in the lock, and just kicked at the key as hard as I could. Unsurprisingly, the door remained shut, the key broke (the other piece of it remained on my key ring), and now nobody in my family would be able to get in through the front door because there was half a key lodged in there.

Hmmm, what to do — call a locksmith? Wait for my parents to get home? Make them go to the store and buy new locks and keys for everyone? Handle it myself?

So I took it upon myself to head to Home Depot to buy a new lock and install it myself. Which I did. Somewhat poorly. It wasn’t perfect, but it was sturdy and it locked the door. Then I waited near the door for everyone to get home so I could give them their new sets of keys. I figured that even though I screwed up, the only real inconvenience would be that my family members would have to put new keys on their rings. No harm, no foul.

My sisters and mother just shook their heads, took their new keys, and didn’t say much. As for my father, I told him exactly what had happened and about my frustration and how I’d just let loose with my foot. He looked at the new key, then looked at me, and said something like, “You know… you could have lied to me. You should have lied to me. I know that’s weird to hear me say, but now I just think you’re an idiot.” And then he walked away.

And so I keep that broken key on the ring, to remind myself that I’m not as smart as I sometimes think I am.