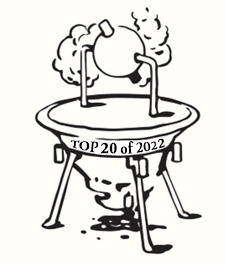 We are an anti-abortion couple, and we are here to save you. Because if you agree not to have an abortion, we will adopt your baby for you. You just found out you’re five weeks pregnant, and although the fetus growing inside you is barely the size of a sesame seed, we’d like you to go ahead and keep growing it in there for the next nine months specifically for us. And then, when it comes out, we will adopt it for you, so you don’t ever have to worry about it again.

We want that baby when it’s nice and cute and fully formed, but we aren’t planning on adopting anything else. Obviously, we can’t adopt your morning sickness, so when you wake up at 5 a.m. to puke your guts out before work, and when you also puke your guts out at work in the employee bathroom, we won’t adopt that. When you have weird heartburn that feels like you drank a flat soda, and it’s just kind of sitting in your throat for hours on end, and you can’t sleep because you keep needing to get up to pee six times a night, we won’t adopt that either. We also can’t adopt the massive, itchy red rash that might appear on your stomach or your migraines or your giant, throbbing hemorrhoid that’s getting bigger every day.

Oh, and if you have a miscarriage and nearly bleed out in your bathroom before the paramedics can get to you? That part is not a tiny little chubby baby, so we won’t be adopting it.

We will adopt your baby, but we won’t adopt any time off you need from work or money you might need for doctor’s appointments. Or if there are any kinds of complications, like preeclampsia or a blood clot, or if the pregnancy turns out to be ectopic. You know, the type of things that might kill you—we won’t adopt those. That’s on you for having sex one time.

What we want is the baby, the cute little baby, not worrying about whether you die, which would be a bummer for us because we wouldn’t get that adorable baby. Unless it’s twins, we didn’t think about that until just now, and we really aren’t equipped to take two babies. So, in that case, we wouldn’t adopt your babies, unless you wanted to give us just one of them and keep the other, like a Parent Trap kind of deal?

If you didn’t want a baby because you can barely afford to feed yourself and your existing children, we aren’t going to adopt that either. We also aren’t going to look into adopting any older children who are already in foster care. Those ones might be messed up, whereas your baby is totally fresh and trauma-free. We can’t adopt any trauma, just that sweet little baby you’re growing inside your body for us. We already got him a little dirt bike and a onesie that says HEARTBREAKER.

Also, when your internal organs start to rearrange themselves? That we can’t adopt. When you’re eight months pregnant, and everything you eat feels like it’s being pushed back up your throat? We are not going to adopt that either. We will be playing tennis then, and donating to political candidates who don’t fully understand how birth control works and think second-grade teachers should carry rifles.

Remember, we just want the part at the end, the cute baby, the part right after you spend two hours pushing its solid skull from a ten-centimeter hole in your body, or when your uterus is cut open and the baby is pulled from an incision in your abdomen. Please hand that cutie patootie right over while the doctor sews up the three-inch tear in your perineum. Ouch! That’s probably going to be pretty painful every time you pee or poop for the next few months, but to be clear, we aren’t adopting that part. Hope they give you some of those squirt bottles and some big mesh undies, because you will keep bleeding for a good eight weeks, but again, we aren’t adopting that part. By then, we’ll be long gone with your baby, teaching them that dinosaurs did not exist, because they weren’t in the Bible.

Another thing: We want your cute baby, but only if it’s the kind of baby we want, you know? Like if it doesn’t develop lungs or has a genetic disease or is Black, that would be super inconvenient for us, and we won’t adopt it. You understand. We want to be able to post about this on Instagram.

We also heard adoption can be pricey and involve quite a bit of litigation, and we don’t really want to adopt that part either. We were hoping you’d just kind of float your baby down the river to us in a basket, like Moses, and nobody would really do much follow-up after that. We haven’t done a ton of research on adoption, but we’re pretty sure it could work like that if we all agreed to it. We don’t want to adopt any lawyers, just your cute, cute baby. Unless it’s a girl. Because we really had our hearts set on a boy. We already told you about the dirt bike.

And last but not least, we aren’t offering to adopt you. We plan to just take the baby you grew inside your body for nearly a year and hopefully never have to talk to you again. That’s fine with you, right? You’ll just forget about the whole thing. Except for the few weeks after birth when you experience postpartum depression and half your hair falls out. And the next few years whenever you do a jumping jack and pee all over yourself in an Orange Theory. We’re definitely not adopting that.