1. The Nora Ephron Theorem of Soulmates:

Let us solve for y… 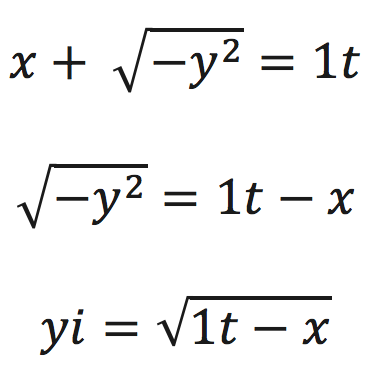 In which the square root of one lifetime without you is a complex number of y paired with an imaginary unit, i.

Through this theorem, x will spend her lifetime alone because y is an imaginary expectation of perfection and absolute satisfaction embodied in a human as demonstrated by the CW network and it will never exist, let alone come to New York to save x from herself. 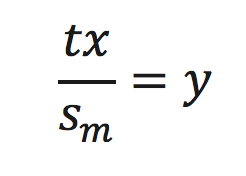 Where t = time (in years) and sm = [social interaction]male

As t and sm increase, x remains the same, thus increasing the probability of that equation resulting in y, or your soulmate.

In this case, 24x is divided by the number of males that x has encountered within the age span, keeping in mind the exception to this rule, The Billy Loomis factor.

Following the logical schematic exclusions of social interaction with males who plot to murder x in a Freudian revenge model (like Billy Loomis in Scream), we must subtract the sum total of the Billy Loomis Factor from overall male-interactions, i.e. boys who cheat on x, boys who use x as a soundboard to talk about their own accomplishments, boys who tell x that they usually date Victoria-Secret-types but x is a refreshing break from all of “that,” boys who have an opinion about what to do with x’s body, boys who are afraid of how much they love x, boys who don’t go down on x, boys who ghost x, boys who don’t know x exists, to name a few. When this is complete, we can divide using the new value of males.

As x (you), approaches y (your soulmate), the limit of function of x is equal to s3, where s is cubed to represent the three S’s of a mathematical millennial relationship: stress, suffering, and sorrow. This equation can be graphed thusly: 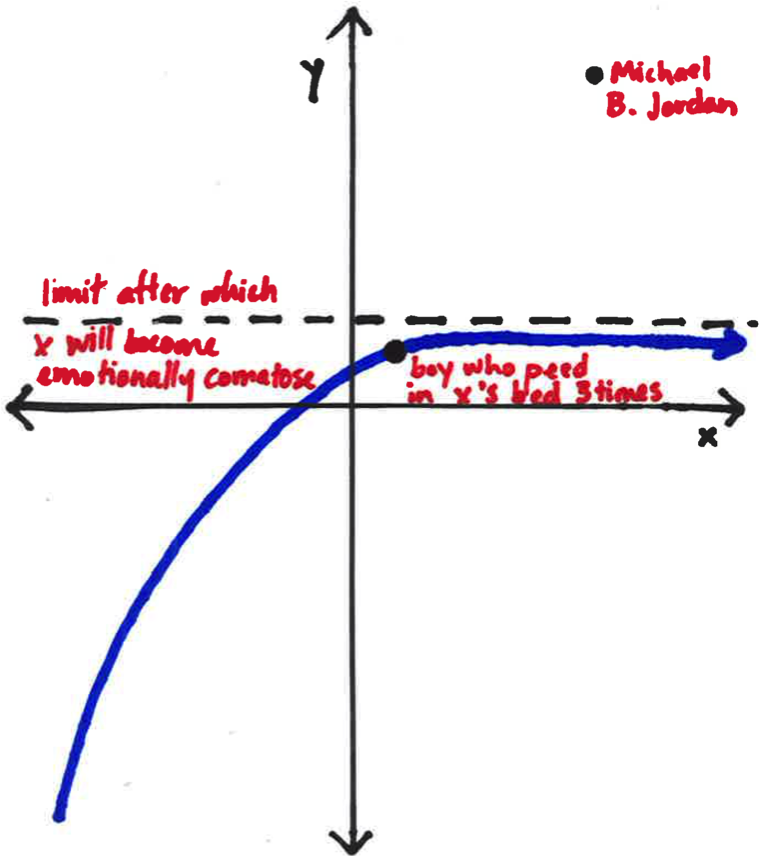 As x approaches y, x can only handle so much of s, so help her god, before giving up entirely on the pursuit of y (your soulmate). As evidenced by the graph, x is approaching her limit.

4. Parallel Dating Theorem:
If Tinder’s Used, What Else Is Used?

This theorem can be employed if and only if the limit of the Stress-Suffering-Sorrow Congruence limit is adjusted for a higher volume of s3, and, as evidenced by Fig. 1, x has just about had it up to here with all of that s3 shit.

If x has an attractiveness to the second power while the greater population has moderate attractiveness, the converse informs a negative soulmate result.

The You’re-Just-Too-Pretty Postulate assumes an unseen intimidation factor acting on the equation which negates y. Mathematically, this is bullshit.

If we entertain this factor for the sake of argument, we must account for different values of P, where P(new york) = m (a(n+1) ) + x.

This P-value integrates variable m, where m = models and acts on an exponentially growing attractiveness level.

Within P(new york) , the factor x is too insubstantial a value against the models variable for the Too Much Beauty Converse to apply. Factor x is a slob who has chocolate stains on every sweatshirt she owns, of which there are many. Factor x is a real-life embodiment of a Cathy comic strip and cannot compete with goddamn models or actresses or really hot baristas, especially when there are already so few good potential factors of y in New York in general, so get out of x’s face with that uninspired “compliment.”

Maybe x doesn’t want to be squared or multiplied or put in any function or equation at all. Maybe x is perfectly happy being a single integer and does not actually derive value from the addition or multiplication of other factors, but external derivatives that make x what she is and the great things x wants to do with her life and career. Maybe x likes the place that she’s at. Maybe others placing value on finding a solution for y is misguided and enforcing an antiquated tradition that x no longer subscribes to. Maybe they are the ones with the problem, not x.

Factor x has no affect on other variables; therefore x is a pathetic loser.