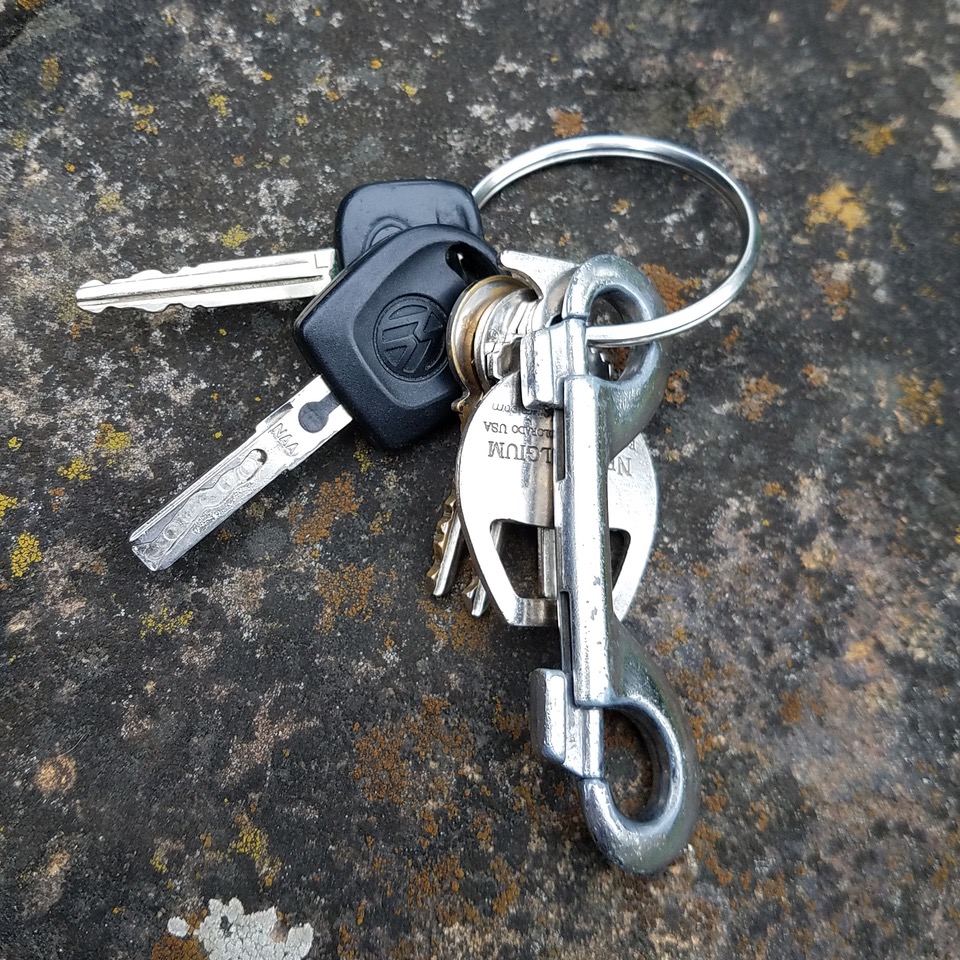 I was given my first set of house keys at the beginning of summer vacation when I was about 12. I promptly lost them and was grounded for breaking a window screen while trying to get back into the house. I was an absentminded and disorganized kid, and I realized that it was utterly hopeless for me to keep track of anything so small as two keys on a ring.

On the day I regained my freedom (and a second set of keys), I rode my bike up to the local Sears Hardware and bought a four-inch double-ended snap hook and the largest key ring available. I would make these keys impossible to lose and therefore prove myself responsible.

Soon after, my friends began to refer to them as my “janitor keys,” and they have traveled with me nearly every day for the past 20 years. No matter what I am wearing, they are clipped to a rear belt loop, with the keys in a pocket. The weight of the ring makes them hard to leave behind, and the double-hook has saved me more times than I can count. Flipped canoes, tipsy late nights, roller coasters, and movie theatre recliners are no match for the stainless steel double-hook.

The Egyptian pharaohs were buried with everything that they thought they would need in the next life. I hope that one day I can be buried with my “janitor keys,” because I know they will open the door to whatever comes next.