Patron Saints of the 21st Century

by Kate Villa and Sarah Kempa 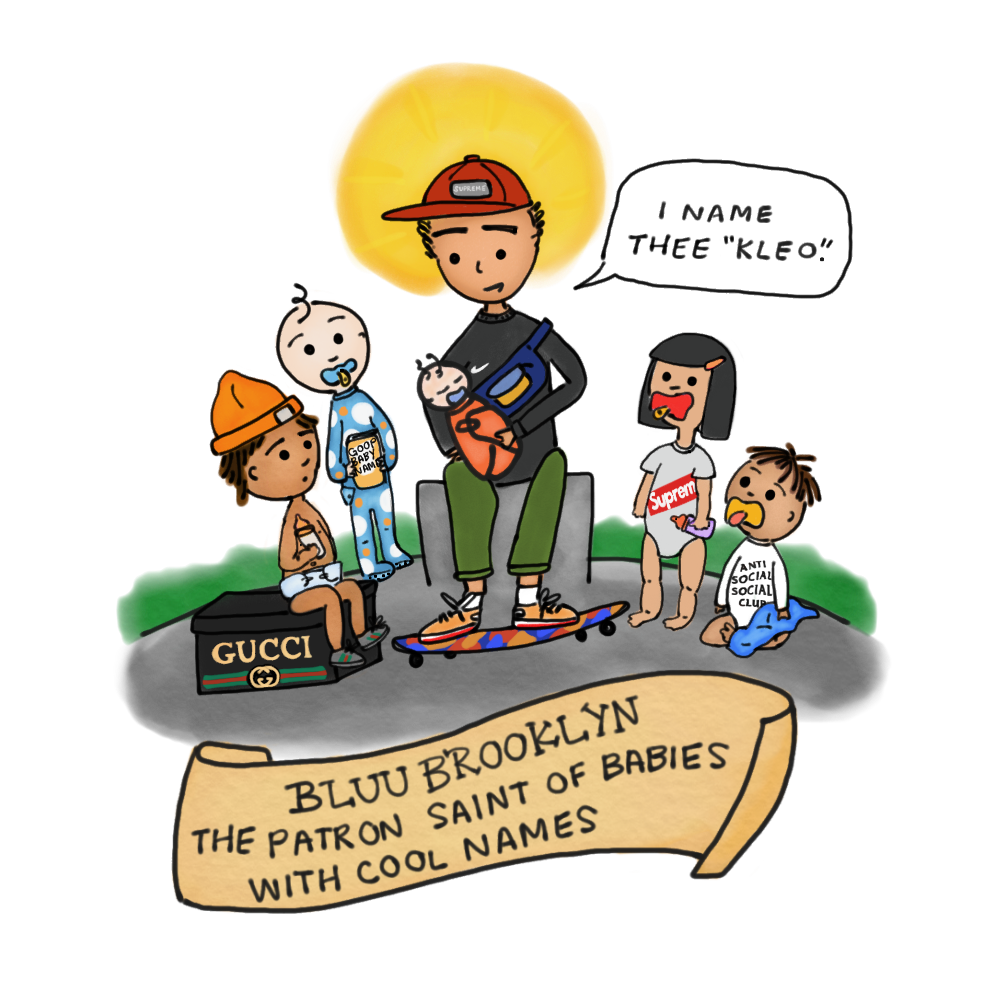 “And The Lord was like, ‘Sup Bluu. I heard you ran a Tumblr about celebrity and Brooklyn babies with cool names and now you’re dead.’ And I was like, ‘Ja’ and he was like ‘Dope. Can u watch them for me?’ and I was like ‘K, what time you home?’ and the Lordeth never answered me.” 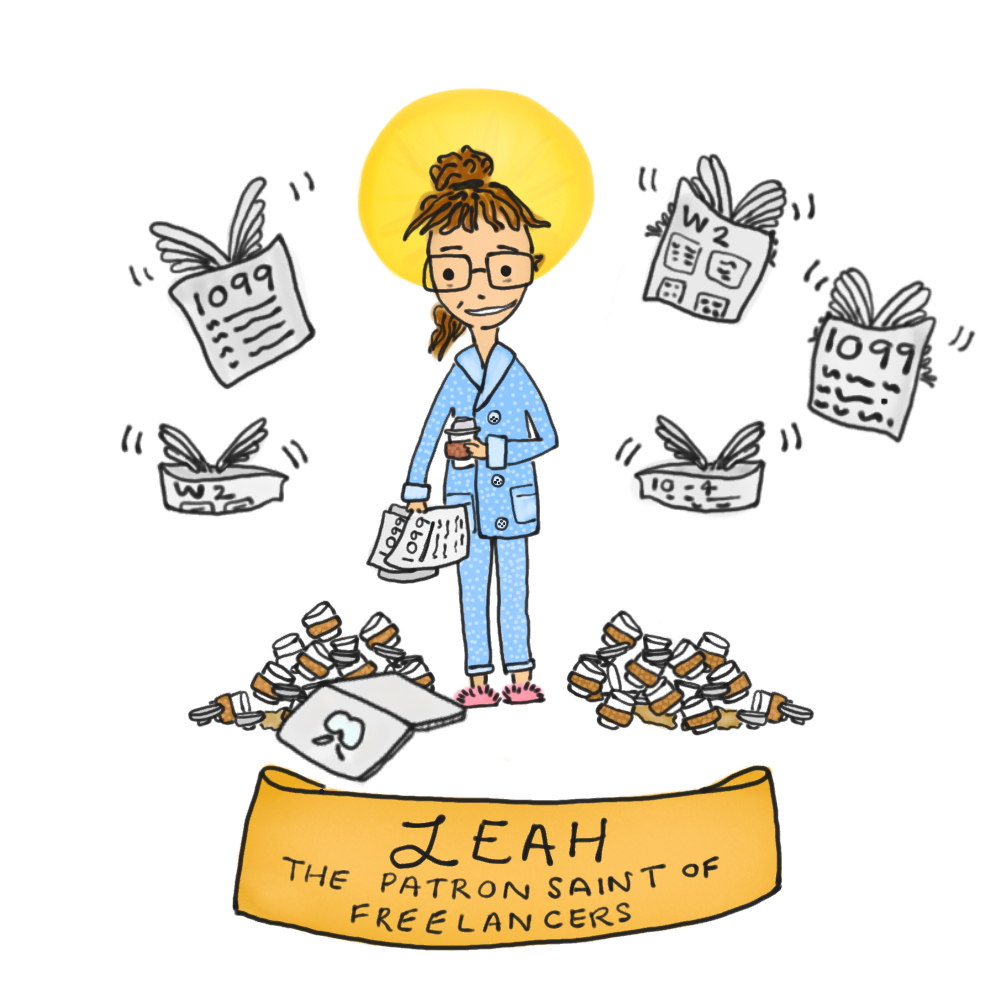 “The Lord said I, Leah, should look out for the freelancers, even though I’m already looking out for like four other groups and my taxes are going to be a MESS because my miracle income is coming from like twelve different sources, but please stop asking me about healthcare. I wish I could get it for you but I cannot figure out the website forms… did it just close? Why did the enrollment period just close?” 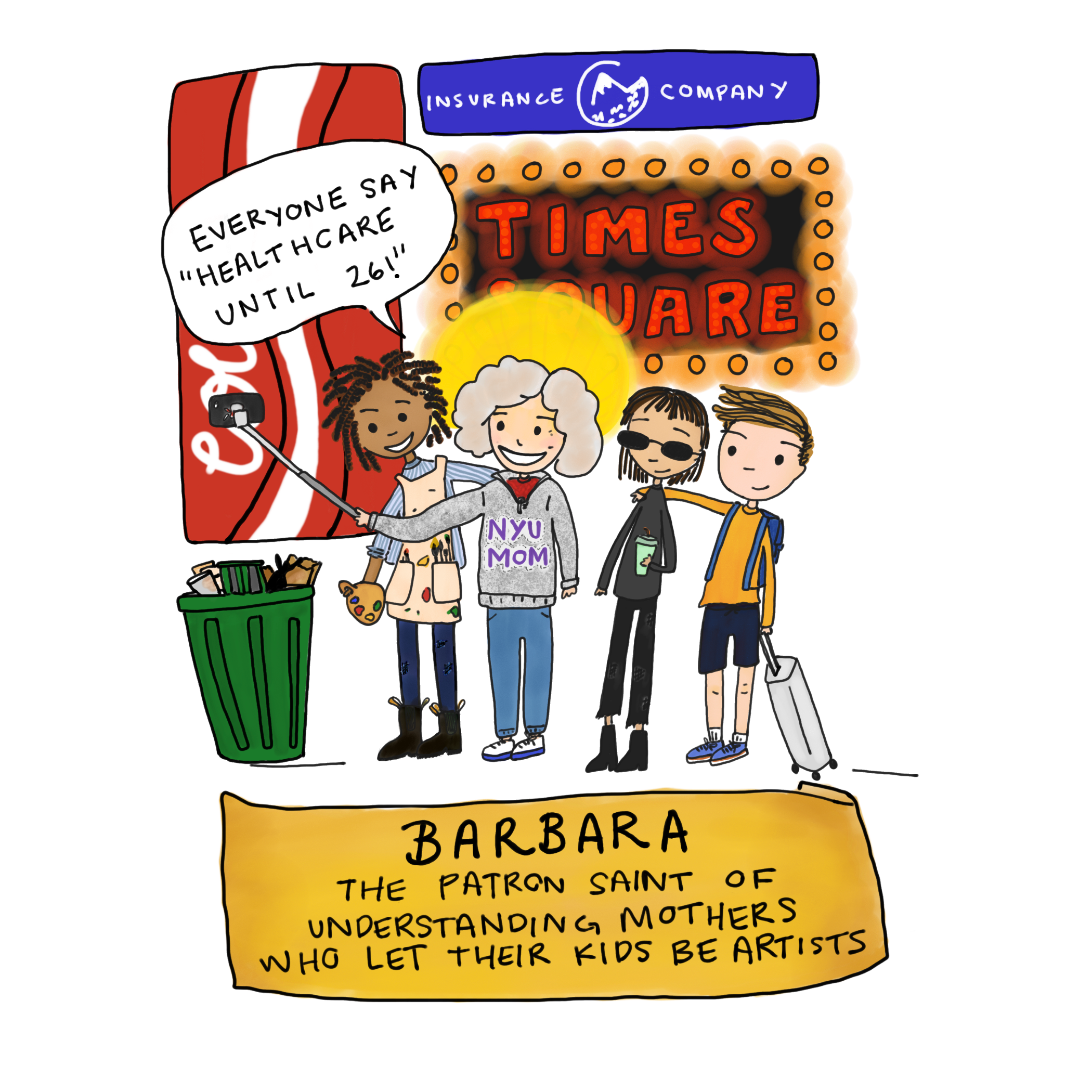 “And the Lord said: Let your child choose their own path. But still sometimes sneak 20s into their bag as they go back to New York after the holidays to their open mics and barista jobs.” 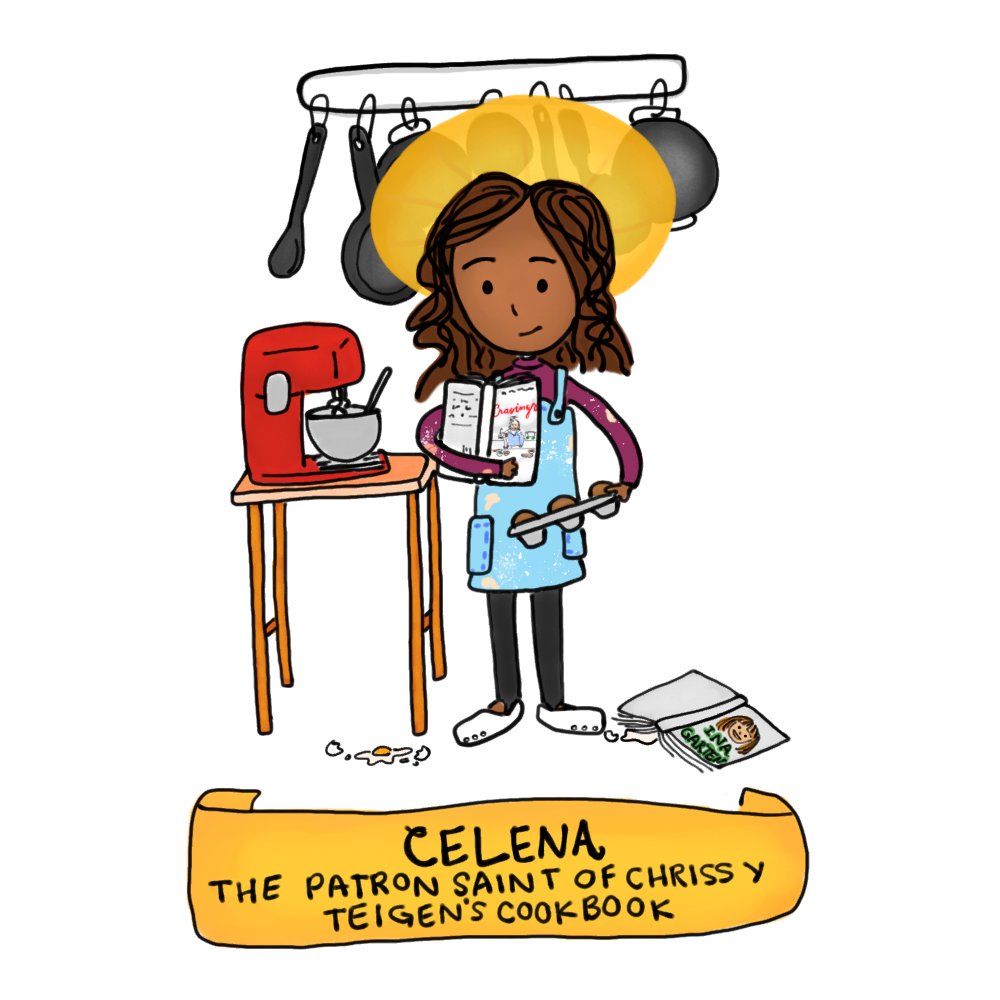 “The Lord called on me and said: ‘Celena. Watch over Chrissy Teigen’s cookbook.’ And I said: ‘Should I also watch over Ina Garten’s?’ and he said: ‘No.’" 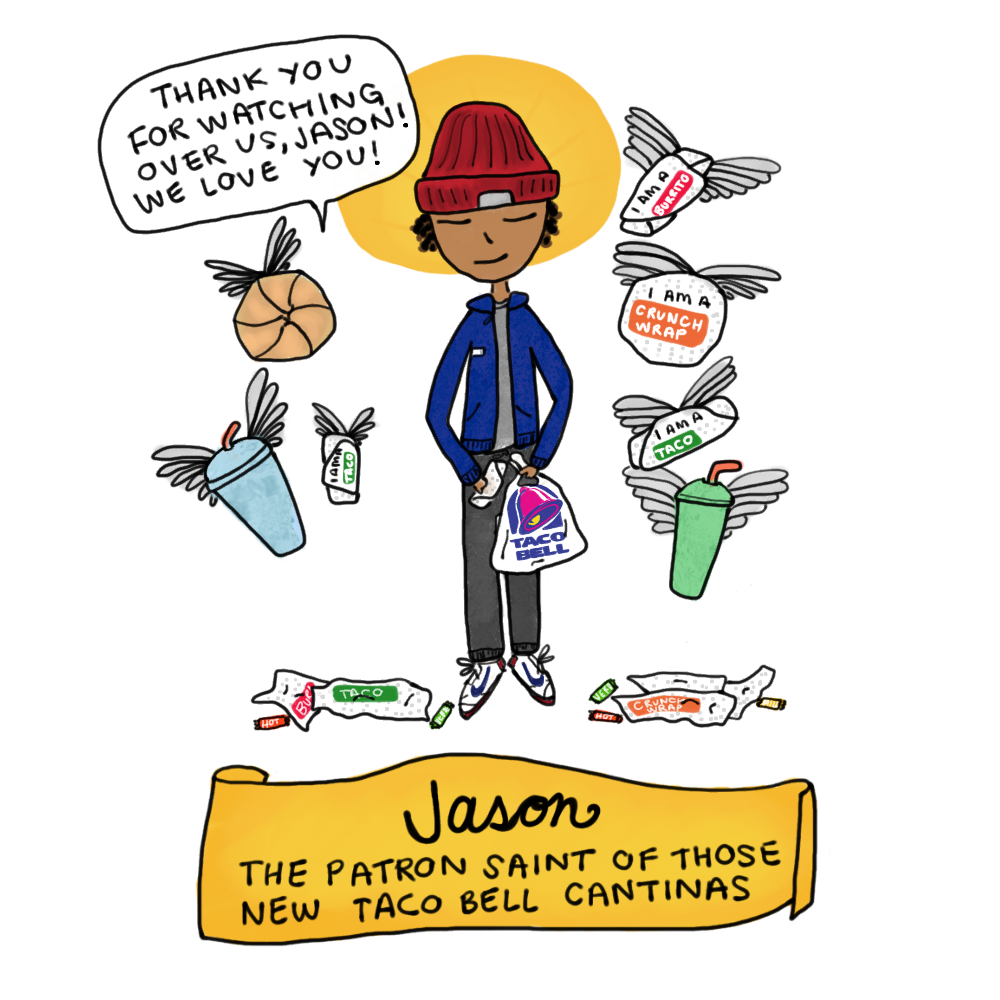 This saint was a martyr who died for the cause. He choked on a Crunch Supreme and was texted to his calling as he ascended. He did not perform any miracles on Earth.

“The Lord texted me and was like: ‘Jason!!!! GET AN EXTRA TAQUITO FOR ME! AND THEN MAKE SURE THOSE CUTE NEW TACO BELLS WITH MARGS ARE OK!!! Also a crunch wrap for Gabriel. Lol archangels never venmo tho, so just don’t expect it.’” 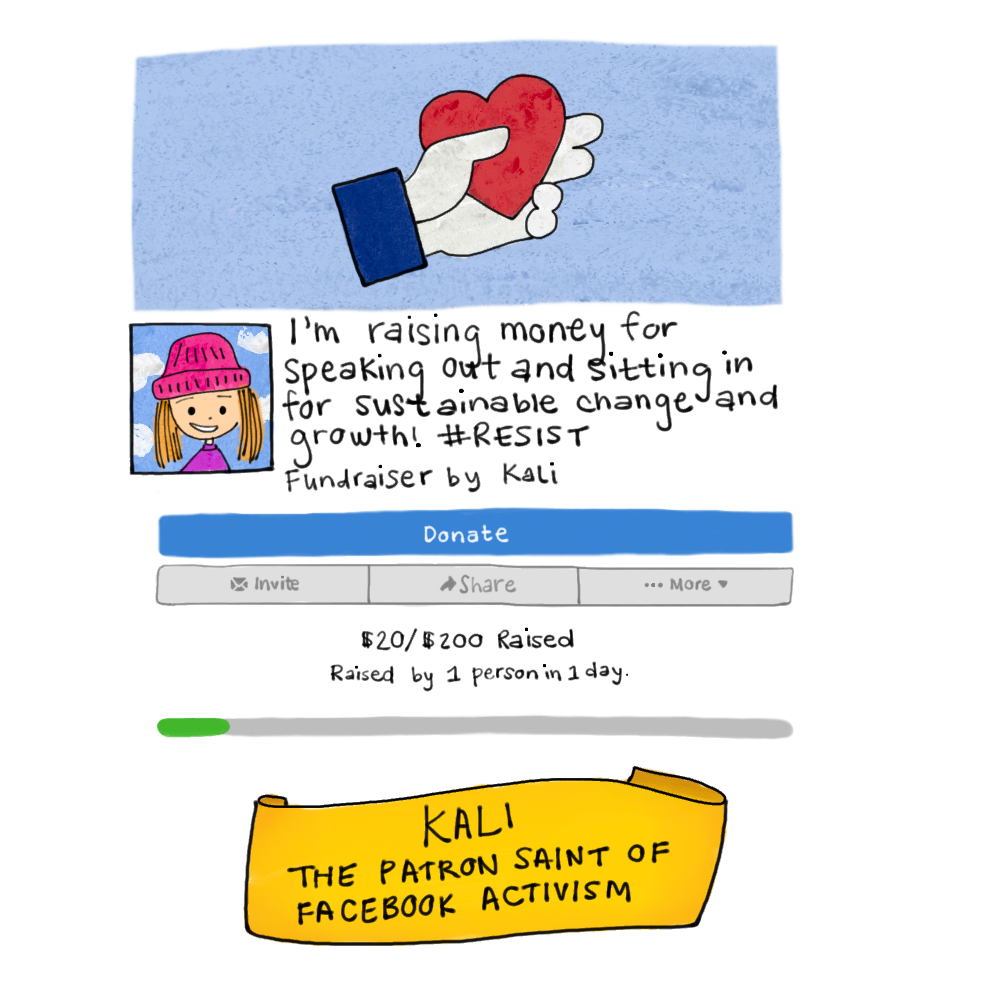 “And Lo, the Lord said: ‘Let everyone say whatever they want, but let no one do anything.’ And they did. And it was #blessed.” 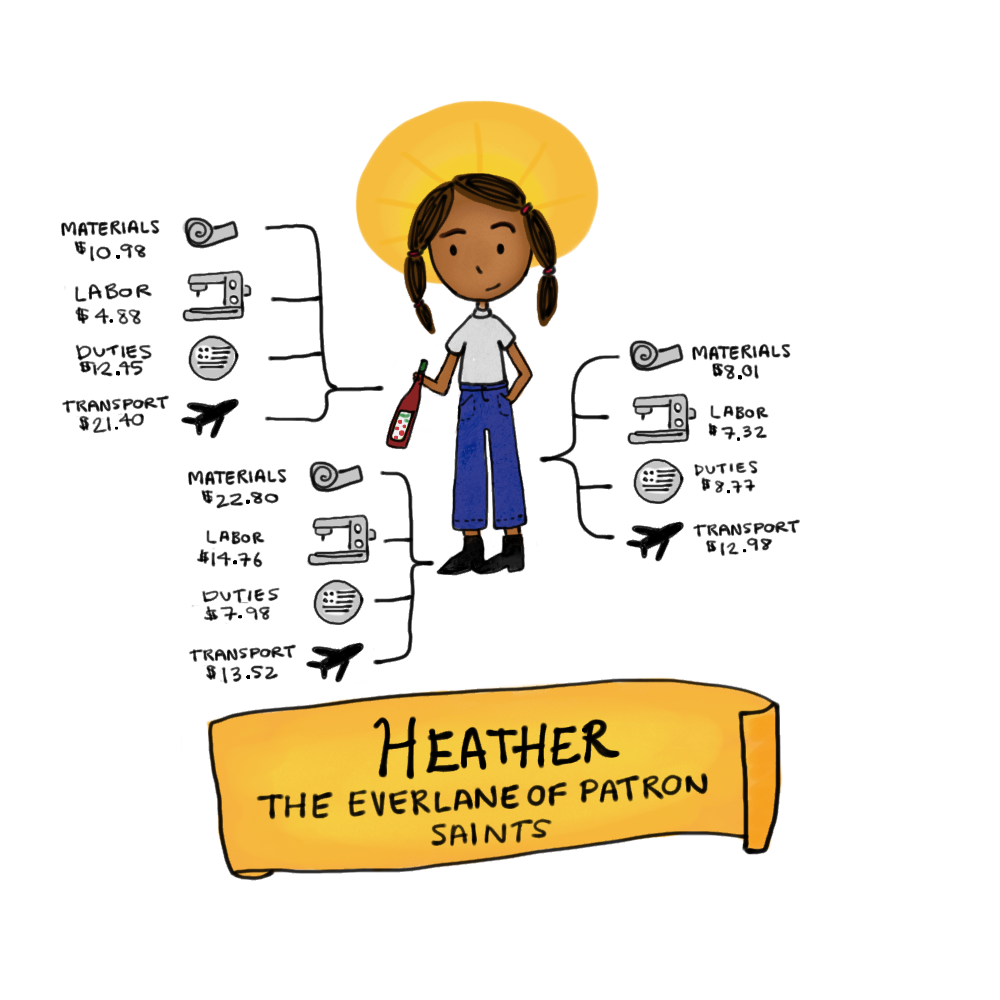 “The Lord called on me and said: ‘I want you to demystify the miracle process.’ So I do. Because a lot of other patron saints will try and tell you they’ve done a miracle. I’m the one who shows you how those miracles work.” 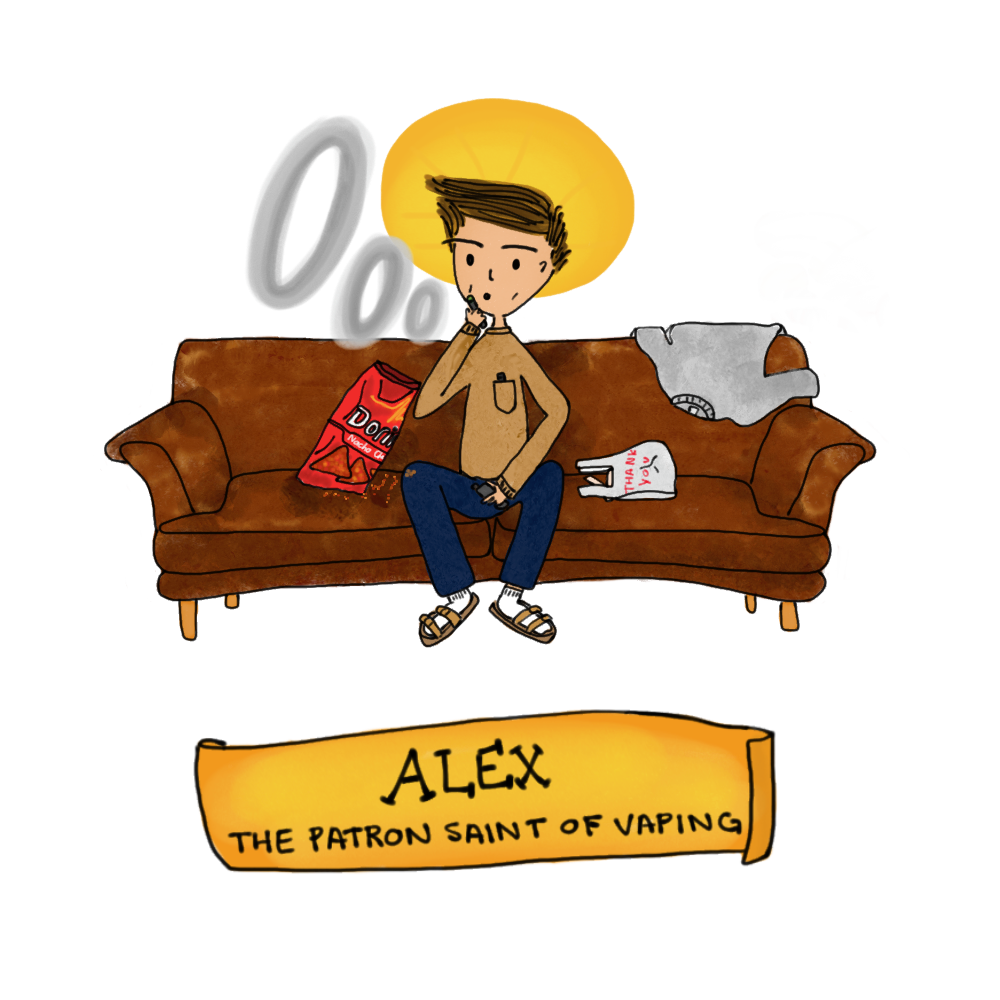 “And the Lord was like ‘Do an o ring’ and I did. And he said ‘Go forth and protect the vapers on their capers. I didn’t mean to rhyme. I’m sorry if that was weird but seriously, I am God.’ And then I realized that I was smoking weed and it made sense.” 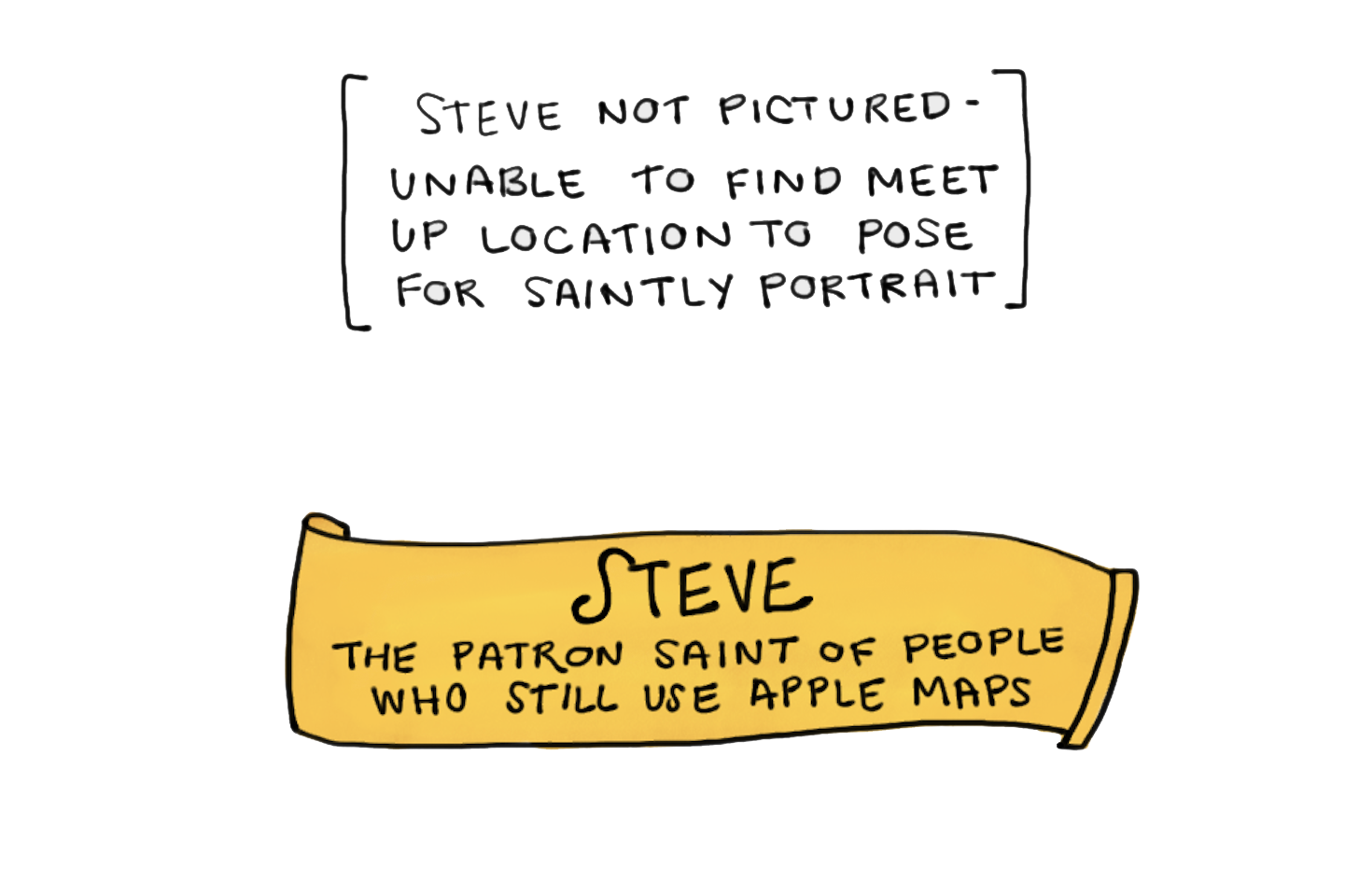 “And the Lord said, ‘Steve. Are you there? It’s God, from Onstar. You’re dead because you drove off a cliff using apple maps. The road it said you were on was not actually a road and you followed it blindly. You’ve been martyred. Onstar is also dead. We’ll send a car to pick you up and drive you to heaven. You are not allowed to navigate.’" 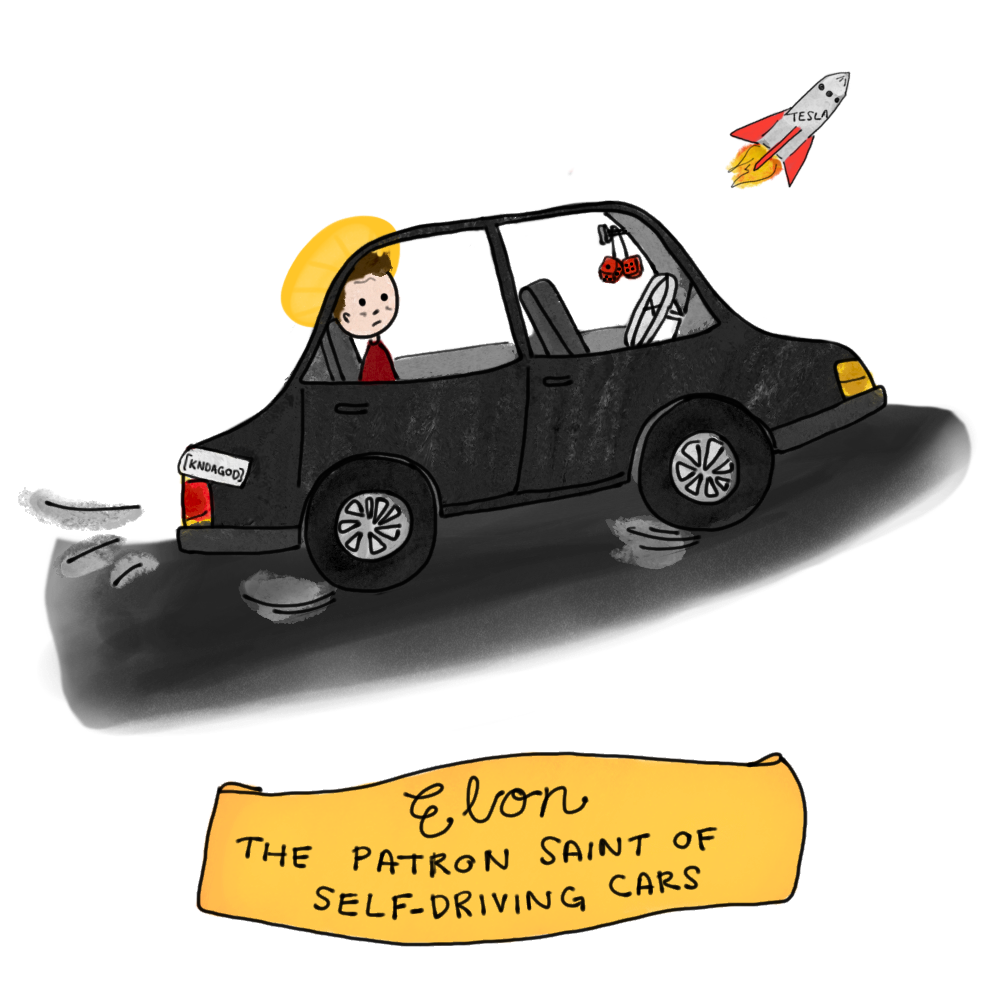 “I know what you’re thinking. Is this the Elon Musk? Is someone else named Elon? It is me. Elon Musk. I’ve been dead inside for 25 years and now I’m making self-driving cars that kill people by mistake. I haven’t actually been called on by God to watch out for those self-driving cars, but once God realizes that machines have a soul too, he’s going to ask me to do it. I’m just getting ahead of him a little bit.”