Most people would say that humanity is always striving to improve and achieve whatever is possible. Conspiracy theorists would disagree and say, “Open your eyes,” even if your eyes were open while talking to them. They’d go on to say that nefarious groups are suppressing the advancement of certain technologies in order to benefit an elite few. They’d finish by telling you to open your eyes again, and when you’d point at your open eyes they’d say, “Those aren’t your real eyes,” and then they’d leave through a window, claiming doors steal your brain waves for kicks.

Are shadowy individuals and organizations truly suppressing technologies? Could all of the things we use be better and last longer? I’ve always thought calculators could be vastly improved. Why are they so focused on numbers when letters are just as important, if not more important since crossword puzzles came along? Calculators could come in more shapes too. Rectangles don’t win any geometric beauty pageants last time I checked, which was recently.

Soon the question of whether or not the mysterious powers at be are keeping humanity down by suppressing technologies will be answered.

Unless, of course, my answer is also suppressed.

Conspiracy Claim: Electric cars outnumbered internal combustion cars at the end of the 19th century, but big oil and gas firms killed the idea of the electric car to assure their lucrative monopoly on the transportation industry.

Debunking Claim: Electric cars originally suffered from lack of consumer demand, a relatively high price, and inability to travel far between charges, not from interference from the oil and gas industry. With improved technology, Tesla and hybrid cars are now showing how electric vehicles can succeed.

Rebunking Claim: It’s true electric cars were more prominent in the distant past, Ben Franklin drove a kite-and-lightning powered carriage around Philadelphia so often that people figured there was no need to mention it in the history books, but gas and oil firms aren’t to blame for pulling the plug on the car that needs a plug to work. It was the ever-lacking-self-confidence electricity and battery companies. They’ve always figured electricity was just a flash in the pan and wouldn’t last, so they told electric car manufacturers not to bother. Of course we all know that electricity is still quite popular and batteries are often rated “Sexiest Invention Alive” by the few magazines still allowed to exist, but that doesn’t stop the Energizer Bunny from thinking it’s a failure as it keeps going and going and going to therapy. 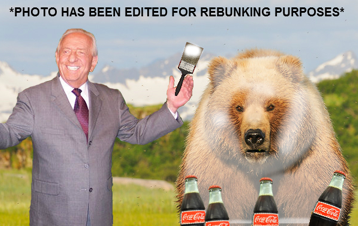 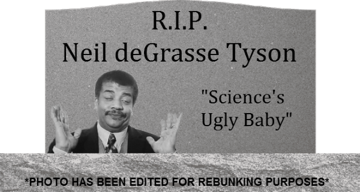 Conspiracy Claim: Free energy sources such as perpetual motion machines and cold fusion generators have been stifled by special interest groups, mainly the fossil fuel and nuclear power industries. Without that interference, we could have pollution-free, no-cost energy sources.

Debunking Claim: Free energy sources go against the laws of physics, specifically the conservation of energy. Energy cannot simply be created from nothing. Fossil fuel and nuclear energy industries aren’t suppressing free energy, the laws of physics are.

Rebunking Claim: While they are currently preventing perpetual motion machines and other free energy sources from working, the laws of physics are simply waiting to receive a large enough bribe to allow them exist. Leave a large enough bag of cash outside of a particle accelerator and the impossible will become possible. Humans will be able to do whatever we want, including bringing Einstein and Newton back to life and making fun of them for being stupid and not thinking with their wallets. 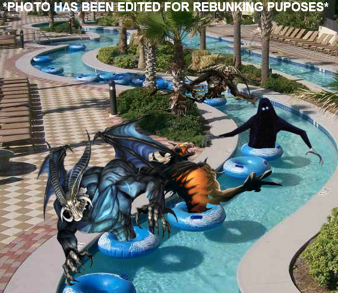 Conspiracy Claim: Hemp, a natural resource that could replace plastic, oil, cotton, fossil fuels, and building materials, and the technology that would utilize it, has been suppressed by those very same industries. The government and those private industries conspired to use hemp’s connection with marijuana to severely limit its ability to be used in industrial settings.

Debunking Claim: While hemp certainly has many industrial uses, there exists no proof that the government or private enterprises have been suppressing its success as a crop.

Rebunking Claim: All drugs could be used to create super-products that would revolutionize the world, but, like hemp’s ties to marijuana, the social stigma prevents this from happening. Did you know cocaine makes the best and fastest computers? Or that hats made out of heroin look nicer and make you more popular than regular hats? Or that a light bulb composed of crystal meth got into Harvard even though it’s a light bulb? Did you know all of that? It doesn’t matter if it’s true, but did you know it?

Conspiracy Claim: There are military-grade Roombas that can clean an entire house in 30 seconds and waterboard dirt particles to gain precious intel on the location of secret messes and spills, technology that the U.S. Army is keeping from going public.

Debunking Claim: Roomba technology cannot be further improved. The idea of a military-grade Roomba is absurd and the fact that everybody that’s gone searching for it has died and their corpses have been remarkably dirt and dust free is merely a coincidence.

Rebunking Claim: You didn’t hear it from me, but the photographs don’t lie. 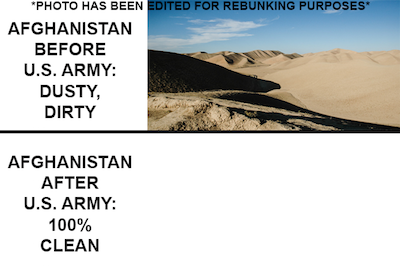