Of all of the numbered areas, Area 51 is the most shrouded in conspiracy. Located in the southern portion of Nevada, the facility has long been accused of being connected to extraterrestrials, housing top secret government experiments, and harshing nearby Las Vegas’ buzz.

Is Area 51 a hotbed of alien interaction? Does the government use Area 51 to perform shadowy tests of horrible future technology? What is happening behind those barbed wire fences and in those windowless rooms? Does Area 51 have anything do with Pier 1, and if so, how much for a nice indoor sectional?

By examining the claims of conspiracy theorists, debunkers, and then rebunking with my own, I’ll attempt to answer these questions with further questions.

The truth is out there. The hard part is getting it in here.

Conspiracy Claim: The fact that Area 51 does not appear on U.S. geological survey maps, the area above it is restricted airspace, and the public is not allowed anywhere near it proves something devious and sinister is happening there.

Debunking Claim: “Area 51” is officially classified as Homey Airport, a United States Air Force property and any secrecy or restricted access is merely in line with that of a military facility.

Rebunking Claim: With the insane lengths taken to remain hidden and keep most people from entering, Area 51’s true purpose is obvious: it’s where the government throws surprise birthday parties. The government balances out all of the bad things it does by surprising random citizens with an out of the blue birthday bonanza. One day you wake up on your birthday in a pitch black, unmarked airplane hangar. “What? This isn’t the airplane hangar I went to sleep in last night,” you say, then the lights flick on and there’s streamers, cake, and hundreds of government agents wishing you the happiest of birthdays. You spend the entire day playing games, opening presents, and being assured you didn’t die and go to heaven. Then, as the greatest day of your life dies down, you’re tucked back into bed by all of the Men In Black type agents, your memory of the day is erased by a Men In Black-type device, and you’re given a copy of a Men In Black-type movie as a final parting gift. It explains why everyone has a birthday we can’t remember and why we all have a DVD of that generic Men In Black movie. 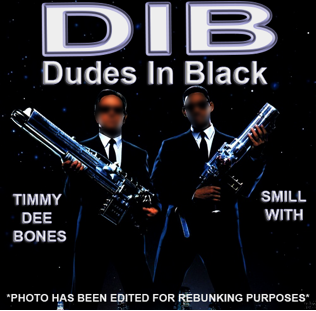 Conspiracy Claim: With many UFOs seen around the area, it’s obvious that Area 51 has direct ties to extraterrestrial activity, and accounts from former employees have stated that actual aliens have been in the compound.

Debunking Claim: Declassified files have stated that experimental aircraft were tested at and around the facility, explaining any UFO sightings. Claims of extraterrestrial activity, let alone actual aliens being present at the facility, are completely unfounded and were never made by individuals who could prove they worked at Area 51.

Rebunking Claim: Experimental aircraft testing was and continues to be a means of luring aliens to land at Area 51 and then forcing them to work as employees of the state. Strong government workers’ unions have made hiring humans extremely costly. However, labor laws conveniently don’t apply to aliens in the United States (in all other countries they do). This means instead of paying a human $50,000 a year with benefits, they can pay an alien a handful of raisins a year with benefits, namely the benefit to continue living as long as it keeps its damn alien mouth shut and works hard at Nevada’s Department of Building and Safety. E.T. phone home? No, E.T. phone homeowner to tell them they’re approved to build a pool.

Conspiracy Claim: All major advancements in human technology from the past 50 years were “created” by reverse engineering alien spacecraft and artifacts at Area 51.

Debunking Claim: The rise in technology has followed a logical progression without any “other-worldly” leaps. Plus, since Area 51 is supposedly a strictly American endeavor, the technological achievements of other countries, which are either equal or above that of America, cannot be explained. 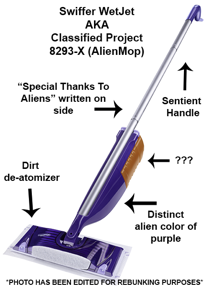 Conspiracy Claim: Area 51 is the home to the Majestic 12, or MJ-12, a secret committee working to create a one-world government run by the human and alien elite.

Debunking Claim: The FBI examined supposedly leaked government documents detailing the existence of the Majestic 12 and declared them to be “completely bogus.” No proof exists of any such organization.

Rebunking Claim: The Majestic 12 exists, but, like all committees, is bogged down with so much bureaucracy that none of its plans for world domination ever get underway. Just to get a deathforce of alien-human hybrids synthesized requires a majority vote on what DNA, both alien and human, to use for said deathforce, a caucus determining the name of said deathforce, a budget hearing on the allocation of funds required to feed, house, and transport said deathforce, and a unanimous decision on said deathforce’s mascot and approved licensed merchandise. In addition, half of MJ-12 lives over 32 light years away from Area 51 and commute to work, so every meeting begins with a 5 hour long “What has everyone been up to since we last met decades ago?” session, leaving little time for actual progress.

Conspiracy Claim: Area 51’s alien research figured heavily in the movie Independence Day, a movie that is too good to not contain the truth.

Debunking Claim: Independence Day only has a 6.9 on IMDB and a 59 on Metacritic, hence it is not that great of a movie and can contain fictional elements, such as Area 51’s involvement with aliens. 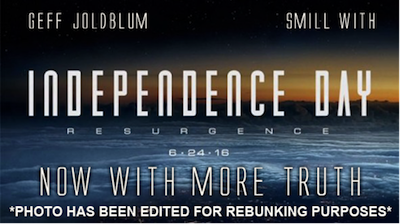