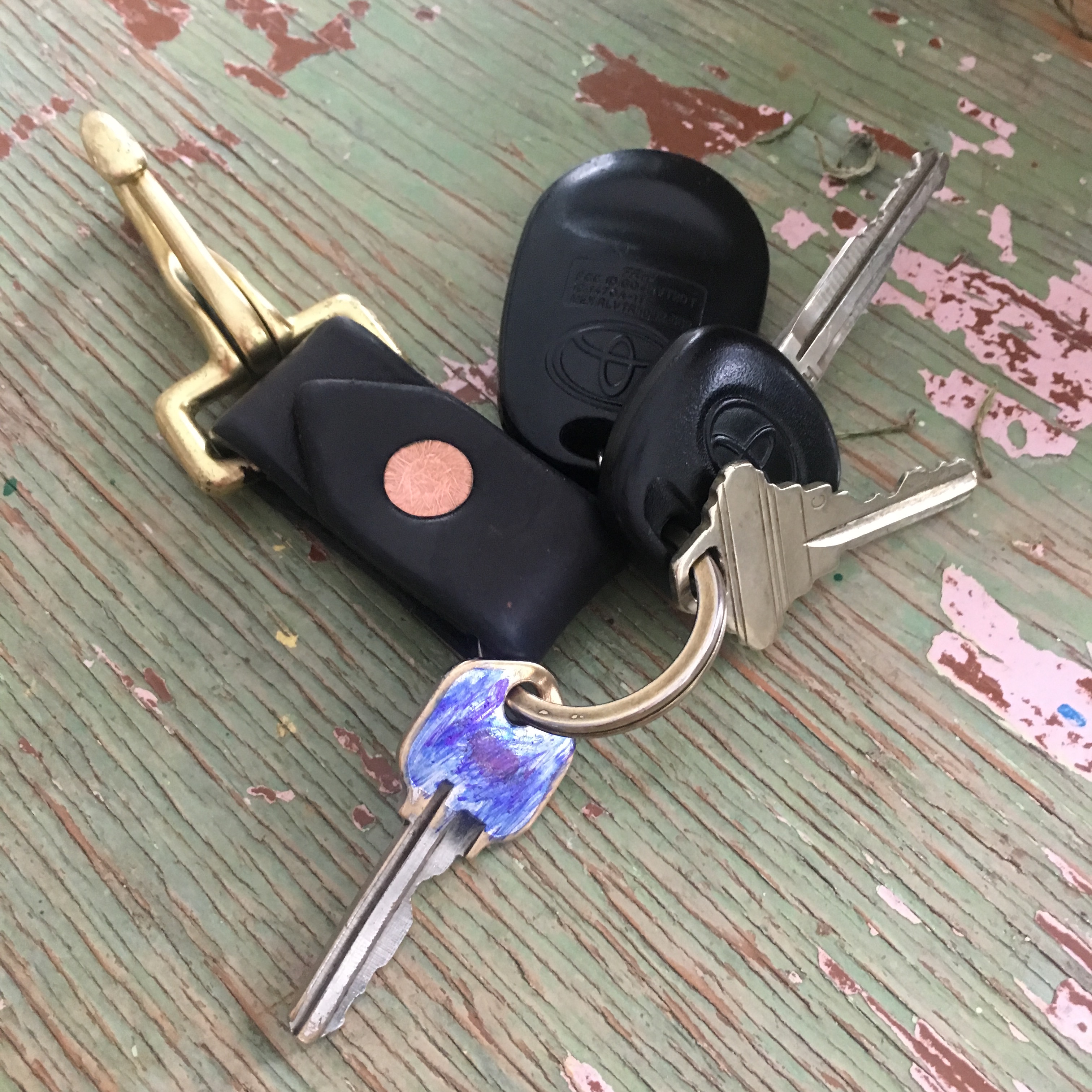 Until recently, I didn’t think I carried anything particularly significant on my key ring: just a fob and three keys. One key starts my car, one opens the door to our house, and one — marked blue and slightly bent from an obstinate lock — opened the meat shed… which is not what you’re probably thinking.

The meat shed is the name we gave my sister Patty’s garage. No one can remember why we called it that, but we liked it and thought it was funny, so it stuck.

A garage may seem mundane, but having one was something of an apex achievement for Patty. Along with graduating from the University of Iowa, living in New York City for six years, and owning her own house, her garage — complete with a full-sized beer fridge and a satellite television hookup — was a symbol of a successful transition to adulthood. I think it held extra significance because we didn’t have a garage, or much else, growing up. Our dad, a mechanic in his early life, would tinker with the family cars in our driveway. Had he lived to see it, he might have been a little envious of Patty’s garage situation — but mostly proud.

Like a lot of garages, at least in the Midwest, the meat shed was also a community center and neighborhood bar. It’s where we gathered to watch Yankees and Vikings games, where we held our fantasy football drafts, and where we drank — a lot. Our little brother even got married there. It was a special place full of odd and joyous memories.

Patty died in May of 2019 while battling the physical and emotional residue of alcoholism, a disease not unfamiliar to our family. She’d been sober for four months at the time and was extremely proud of that. We were proud of her for it. She was 43.

After she passed, her house and the garage changed hands, but I kept the key.

I’m 51 and have been sober for almost six years. I don’t attend meetings (but you should if it would help you), and I don’t have any tokens to mark anniversaries or remind me not to drink. What I do have is a beautiful wife and three astoundingly good kids who keep me centered and on the right path.

I also have Patty’s key, and the memories of her it unlocks. It reminds me daily that life is temporary and precious, and to be grateful for the amazing life I’ve been given.