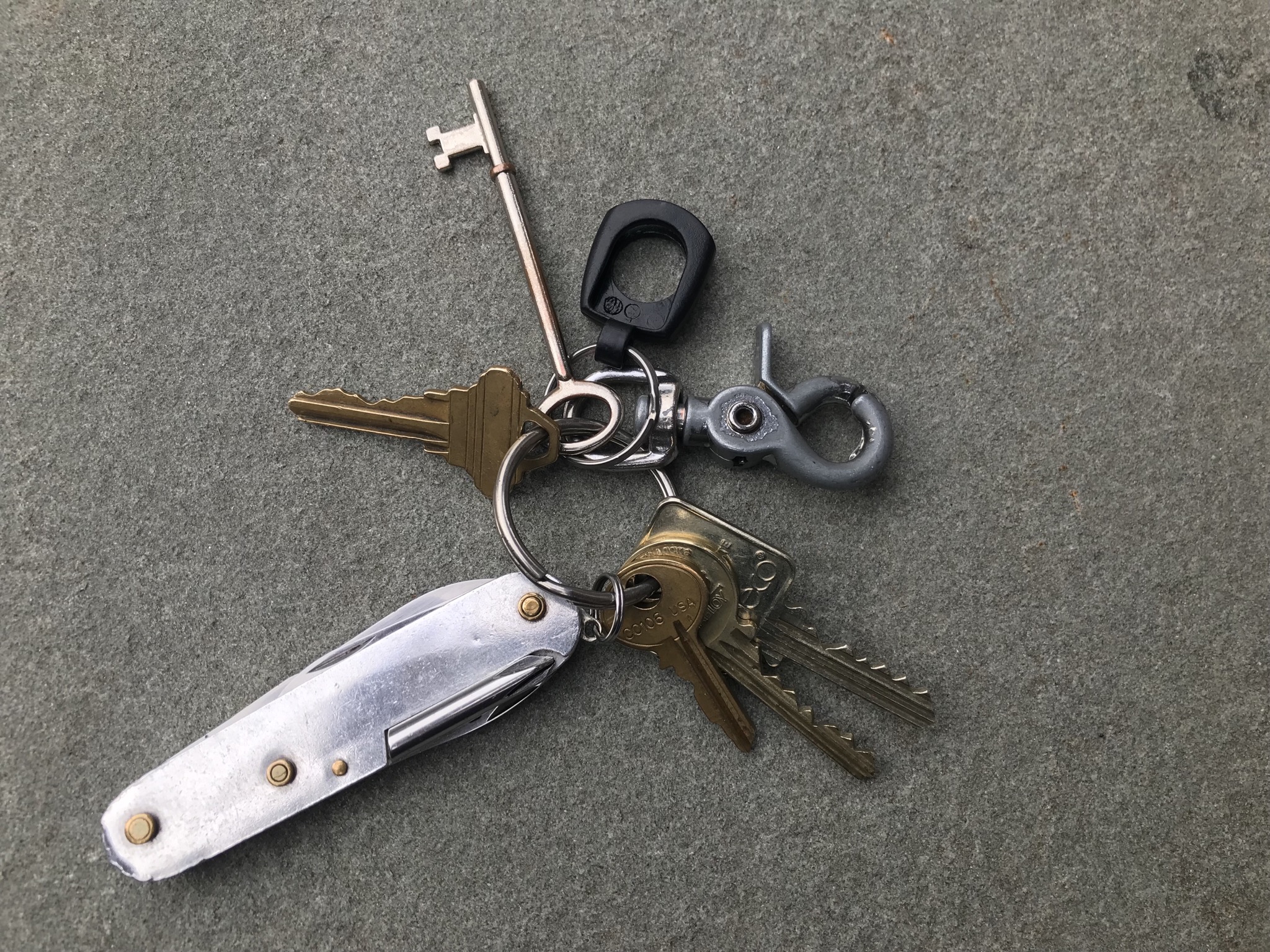 This multi-function knife that’s been clattering around on my key ring for nearly three decades may not look like a Swiss Army knife, but that’s what it is. Over the years, the red outer casings with the iconic logo came loose and fell off. They formed the compartments for the toothpick and tweezers, which are also long gone. Only the sturdy metal core remains.

I’ve always liked Swiss Army knives. My father has one from the days when the toothpick was made out of actual ivory, which I always enjoyed inspecting as a kid. I bought mine in college when I went through a super-pragmatic phase after leaving fashion design school. One of my best friends started dating a serious, outdoorsy guy who had military service in his future. He took us on exhausting, exhilarating hikes all over the Hudson Valley. Over time, I began acquiring all the necessary hiking gear, and I thought a knife might also come in handy. Then I learned that this same friend’s sister had once freed herself from a stuck elevator by prying the doors apart with her Swiss Army knife blade. That was the clincher.

This model is called the Tinker. It has a Phillips-head screwdriver where other models have a corkscrew — a very pragmatic choice. I have used every tool on it except the wire stripper and the reamer. The blades have been used for cutting lunches on the go, sharpening pencils in art class, and even for cutting a clean edge on sheets of paper when an X-Acto knife wasn’t handy. I’ve enjoyed using the can opener the most, because it creates a dangerously rough edge that makes for a bit of drama when the office can opener gets misplaced.

I’m glad I’ve never had to use it for anything more than mundane tasks. Once, while a friend and I were hiking, we encountered a strange young man who was carrying nothing and attempted to strike up a conversation instead of just saying hi and moving on. We both had our knives at the ready, and laughed with nervous relief as we put them away when the guy eventually moved on.

But in addition to its functionality, the knife is also a talisman. It reinforces my sense of self-sufficiency and independence. Many people have made fun of me, such a city girl, for having it — until they see how it comes in handy.