“In a contentious interview that aired Monday on ‘Axios on HBO,’ journalist Jonathan Swan attempted to press President Trump on his handling of the coronavirus pandemic… Trump responded to the climbing death toll by saying ‘it is what it is,’ and claimed the pandemic is ’under control, as much as you can control it,” — Boston Globe, 8/4/20

Hello, Peter Ludlow here with yet another update from everyone’s favorite dinosaur-themed amusement park, Jurassic Park. There’s been a lot of negative press recently about the fact that velociraptor attacks are still happening six months after Sergeant Pepper, Princess Boopersnoot, and Molly Ringwald escaped their enclosure and went on a months-long rampage of death and destruction. And the recent Q2 report showing Jurassic Park’s revenue down 32% from this time last year is certainly indicative of the disruption these attacks have caused. So I’d like to take a moment to clear the air and reassure our park patrons and investors that everything is under control. The attacks may get worse before they get better, but that’s why it’s important that I, as park CEO, remind you of the ever-inspiring mantra: It is what it is.

Look, there are some things in life you just can’t control. The sun comes up, the sun goes down, the tide comes in, the tide goes out, a pack of velociraptors tears you apart and plays hacky sack with your skull. These are just inevitable parts of life (some might argue that velociraptor attacks are avoidable, but the truth is it’s too expensive to justify those prevention measures, so from our perspective, it might as well be inevitable). In any case, that’s why it’s so important to harness the power of positive thinking. It’s the only way we’re going to get through this difficult time together. Again, except for those of you that get killed by velociraptors, but don’t worry because we’ve now converted the entire stock room of the gift shop into a memorial to the velociraptor attack victims, so there will be plenty of room for your name on one of the many plaques should the unthinkable happen.

That said, let’s focus on the bright side. Like the fact that most velociraptor attack victims survive with just a few missing fingers or toes. And even amongst those that are severely mauled, the vast majority still pull through. In fact, you’ll be pleased to know that Jurassic Park has the highest velociraptor attack survival rate out of any park in the world. Sure, maybe it’s because our Jurassic Park EMTs have spent the last six months triaging scores of victims to the point where reattaching dismembered appendages is mere muscle memory for them. But still, how is nobody talking about that!

And that’s not the only metric in which Jurassic Park excels. We also lead dinosaur-themed amusement parks in the lowest number of lost limbs per attack (1.3), fastest average limb reattachment time (42 minutes), and fewest people named Ernesto mauled (0, because as a matter of policy, we ban people named Ernesto from entering the park). These are far more meaningful statistics than the “percentage of park patrons attacked” that the media keeps harping on (62%). But if you still don’t believe our excellent statistics, just take a look at these charts! 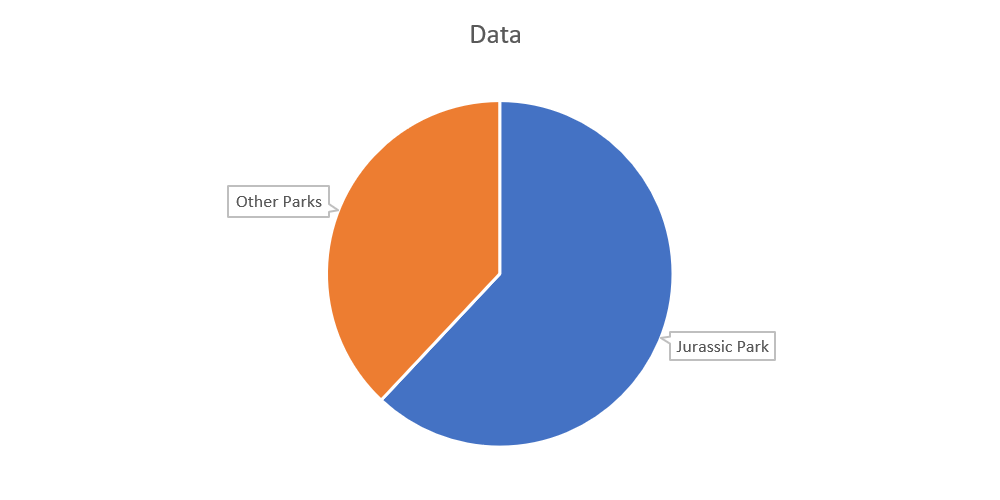 See? Suck on that, other parks! 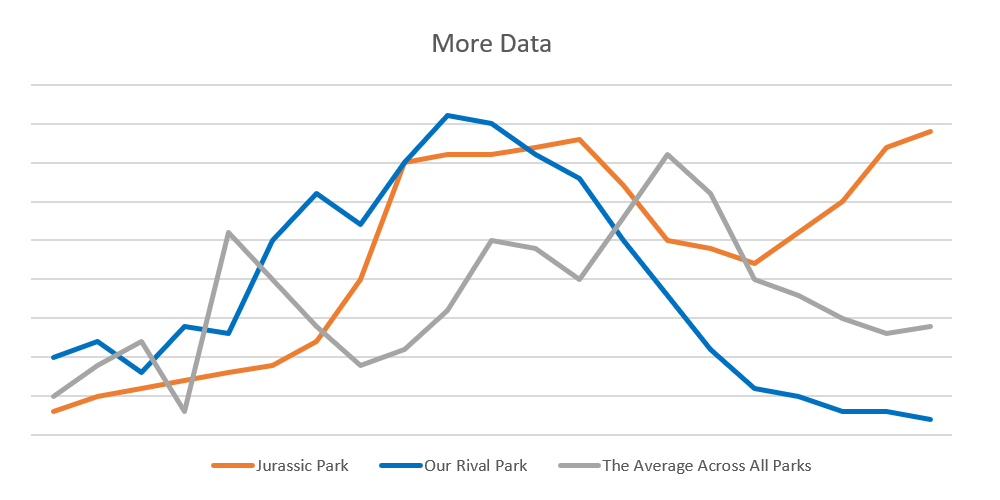 Look at how much progress we are making! Are you kidding me? 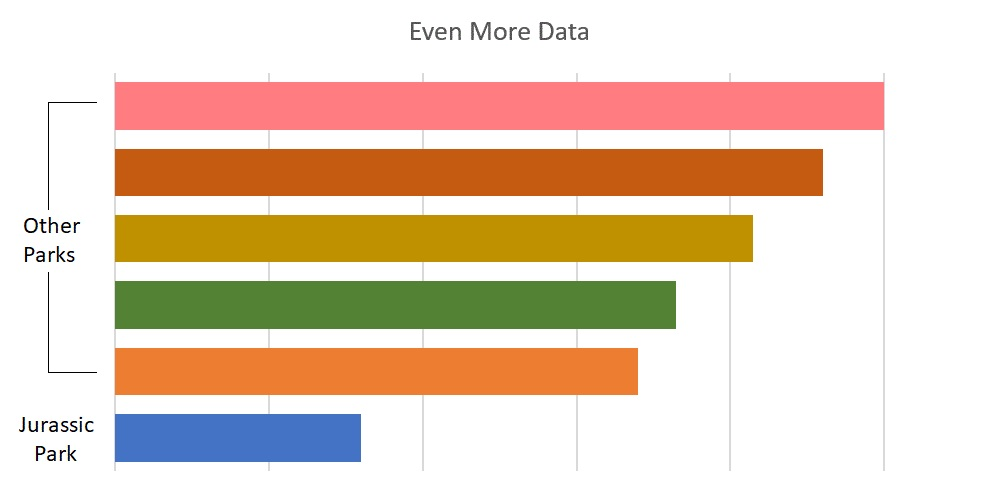 Given these great stats, I think it should be pretty clear to everyone that reopening the Jurassic Park Academy for Young Paleontologists this fall is the right move. Sure, a few kids have been mauled this summer at our popular sleep-away camp, Camp Triceratops. However, a hands-on learning environment that comes with hiking throughout our vast preserve remains an invaluable experience for the kids — an experience that far outweighs the occasional mauling. Plus, keep in mind that children are far less likely to be killed by velociraptors, mostly because they are too small and bony to make for a satisfying velociraptor meal. And yes, children are notoriously smelly and therefore really good at attracting velociraptors, thus endangering their teachers. But I think it’s safe to say the teachers knew the risks involved when they became teachers at a dinosaur-themed amusement park (our old motto “we 100% guarantee your safety” notwithstanding).

So let’s not get carried away and resort to drastic measures like shutting down the park again, or limiting our beloved educational programs to virtual classes. I am confident that with the modest measures we are taking, the velociraptors will eventually tucker themselves out, and we’ll be back to normal sooner rather than later.

Like I always say, life finds a way… unless you’re one of the plumper, juicier children in your paleontology class. Then you’re probably screwed.

Sure, the Velociraptors Are Still On the Loose, But That’s No Reason Not to Reopen Jurassic Park