LEST WE FORGET THE HORRORS

A catalog of Trump’s worst cruelties, collusions, corruptions, and crimes. 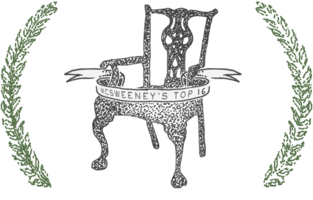 16. How to Negotiate a Raise If You’re a Woman
by Maura Quint

15. Now Is Not the Time to Criticize the Galaxy Note 7
by Wen Powers

14. Excuses I have Told My Son to Use For His Failure to Hand in English Homework, Excuses I Have Learned are Acceptable During a Thirty Year Career in Journalism, Books, and Film
by Nick Hornby

12. Titles of Bach Chorales, as Translated By My Niece After One Semester of German
by Nolan Bonvouloir

11. No, I Don’t Dislike the New Ghostbusters Movie Because I Hate Women — It’s Because I Strongly Believe In Hollywood Finance Reform
by Samuel Priest

10. Don’t Worry, I Checked My Privilege
by Elliott Kalan

9. Let Me Translate My Emails For You
by Adriana Cloud

7. Obituaries for Teenage Girls If They Actually Died When They Say They’re Dying
by Karen Chee

5. Jamie and Jeff’s Notes to the Babysitter
by Paul William Davies

4. I Would Rather Do Anything Else Than Grade Your Final Papers
by Robin Lee Mozer

3. Things the World’s Most and Least Privileged People Say
by John-Clark Levin

Throughout July, we’re donating $2.50 to Gender Justice LA for every copy we sell of Emerson Whitney’s Heaven. GJLA is led by and for Non-binary, 2S, Trans, Black, Indigenous, POC, and has been working to build a strong grassroots multi-racial coalition of transgender people and allies to advocate for our rights, win concrete improvements in our lives, and challenge oppression for the last 18 years. Support trans lives, and read this powerful memoir today.