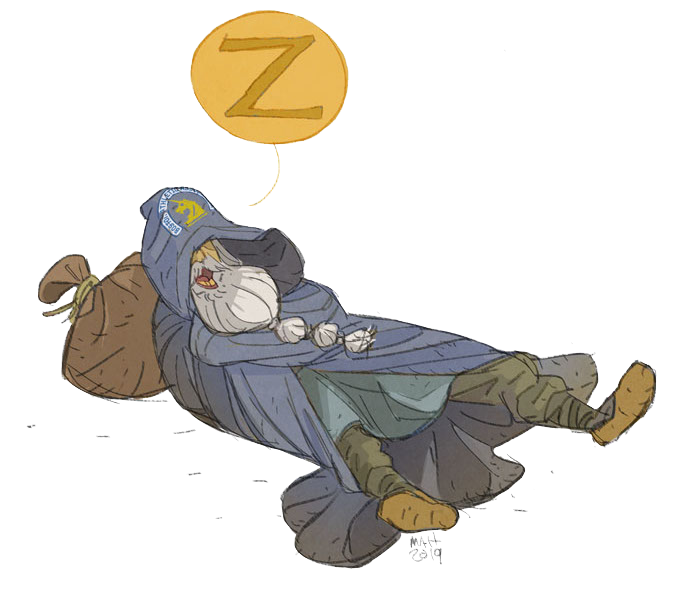 So then that summah Hjalti n’ Gizurr sail on back tah Iceland tah attempt tah enfohrce King Olaf’s will that the country convehrt tah Christianity while Olaf himself sailed off tah go fuck shit up fahr the Wends ovah r’in Wendland, who were the slavic tribes livin’ ovah r’in Germany at the time n’ they were usually pretty disohrganized n’ so pretty easy prey fahr predatahry Vikings n’ shit.

But anyway, Hjalti n’ Gizurr get back tah Iceland n’ the whole plan is tah ride off tah the Althing but no one’s ‘round tah help ‘em out since the whole area is basic’ly loyal tah the guy who was responsible fahr gettin’ Hjalti outlawed fahr his indecent commentahry on the vihrtues’ah the pagan Nahrse gods n’ goddesses. So they end up havin’ tah walk the whole way tah Skeggi Ásgautsson’s house ovah r’in Háfr n’ he helps ‘em out n’ loans ‘em some hohrses n’ shit but alsah they decide that Hjalti maybe ought tah sit this one out since he was an outlaw n’ all, which meant that anyone could kill him n’ totally fuckin’ get away with it.

But as the sayin’ goes, well-behaved religious fanatics rarely make histahry n’ Hjalti was as ‘bout well-behaved as a wicked drunk Sox fan at Yankee Stadium n’ so natur’ly he packed up his things n’ headed out fahr the Althing aftah Gizurr n’ his guys n’ so they all met up at Vellankatla outside’ah Thingvellir, n’ mahched onwahds tahgethah towahds Thingvellir since that’s where the Law Rock was. N’ a fuckin’ fight almost broke out! But then it didn’t.

It’s just ‘cause all the heathens didn’t like this huge group’ah Catholics showin’ at their assembly, yah know? Especially since they were bein’ led by a fuckin’ bonafide outlaw goin’ ‘bout like he was already on some sohrtah victahrious mahrch ah some shit. They just kindah took it the wrong way, which was the way it was meant tah be taken, but Hjalti n’ Gizurr didn’t cahr n’ no one really felt like fightin’ anyway so the tensions eased up a bit fahr the day at least.

Then the next day Hjalti n’ Gizurr get up there on the Law Rock n’ staht declahrin’ the case fahr Christianity n’ the result’ah this ends up bein’ that the Christians’ah Iceland ahr gonnah end up livin’ undah r’a completely diff’rent set’ah laws than the pagans. So the Christian guys, they try n’ get this guy Hallr tah proclaim their laws fah r’em but he doesn’t wannah touch that hot potato with a ten-foot pole so he goes n’ he gets himself outtah it by payin’ Thorgeir Ljosvetningagodi Thorkelsson tah do it instead. N’ Thorgeir wasn’t a Christian himself but he was the official elected Law Speakah’ah Iceland at the time n’ so the deal was he’d proclaim both sets’ah laws. N’ ah’couhrse Thorgeir agrees since this was some easy fuckin’ money.

N’ then Thorgeir goes off intah his tent n’ lays down undah his fuckin’ blanket fahr fuckin’ like 24 hours.

N’ meanwhile evuhryone’s like, “What the fuck’s he doing in there?!” ‘Cause they didn’t know if he was gonnah come back out ‘gain ah if he’d fuckin’ OD’d on opioids ah what the fuck was goin’ on. So now everyone’s stahtin’ tah get nehrvous n’ the heathens staht talkin’ ‘bout maybe it’s time tah staht commitin’ some free will sacrifice tah get the gods on their side n’ then the Christians staht talkin’ ‘bout maybe they should alsah sacrifice someone too, since really the whole religion was all still pretty new tah ‘em n’ they didn’t realize yet that that was a majah fuckin’ no-no.

But they all dragged their fuckin’ feet n’ so no one was sacrificed n’ then the next day Thorgeir got up from where he was passed out undah his cloak n’ he came outtah his tent n’ he stahted proclaimin’ the law from the Law Rock. N’ the main, really big point he wanted tah make was that havin’ two diff’rent sets’ah conflictin’ laws rulin’ a single country was a wicked shitty ideer.

N’ evuhyrone pretty much agreed with this since it sounds pretty fuckin’ logical. Yah know, Iceland strong ’n all that. So Thorgeir then got both sides—the heathens n’ the Christians—tah agree that they’d abide by whatevah single set’ah laws he was ‘bout tah proclaim. N’ so they did. N’ ah’couhrse the heathens thought they had this one in the bag since Thorgeir was a fuckin’ heathen himself n’ they all figyuh’d too yah know that they had Odin on their side as well.

Thorgeir proclaimed in favuh’ah Christianity, n’ so you can imagine the jaws droppin’ in the audience at that announcement. I mean, even though Thor n’ his buddies all suhvived fahr longah ovah in Sweden, this was still a majah pivotal fuckin’ moment leadin’ up tah the eventual histahrical rathah than mythological final twilight’ah the thundah god n’ no one even fuckin’ saw r’it comin’. So I don’t know, maybe Hallr had paid Thorgeir a lot mohr than anyone evah even fully realized.

But even though evuhryone in Iceland now legally had tah get baptized n’ follow the Bible, Thorgeir’s proclamation still had some majah concessions to it, too. Like people’d still be allowed tah eat hohrse meat, n’ tah do sacrifices (but only in secret), n’ tah expose their children—yah know, leavin’ ‘em out tah die in the wildahness like Oedipus Rex. But these concessions were eventually taken away n’ all in all it was basic’ly a compromise, n’ good fahr Iceland’s economy too since most’ah westehrn Europe at this point was pretty much already Christianized n’ so this would supposedly help stimulate their trade.

N’ Hjalti himself got the last laugh ‘bout his outlawry when the guy who’d been responsible fahr manipulatin’ the trial ‘gainst him got baptized. ‘Cause evuhryone knows Hjalti then said, ’Now we’re teachin’ the old chieftain to nibble on the mothahfuckin’ salt!’ Which is Icelandic medieval religious shit-talk fahr “Enjoy the baptism, bitch!”